The series pays tribute to the symbol of corn in the sacred book -Popol Vuh-, the most significant example of Maya literature which describes the story of creation. “Xmucane shaped humans’ bodies out of maize, which ties human life to the gods”

People of Corn is part of the art project -La milpa- a series of works that took part of the Agri/Cultures Seed links exhibition (Arctic Circle).

The project has been developed within Flaneur in The Insular Cities: Island Ecology, an internet-based residency project based in Shanghai that explores the topic of islands collectivity as artistic experimentation with ecologies as a point of departure. Curatorial team: SuaveArt and Jalan Besar Salon 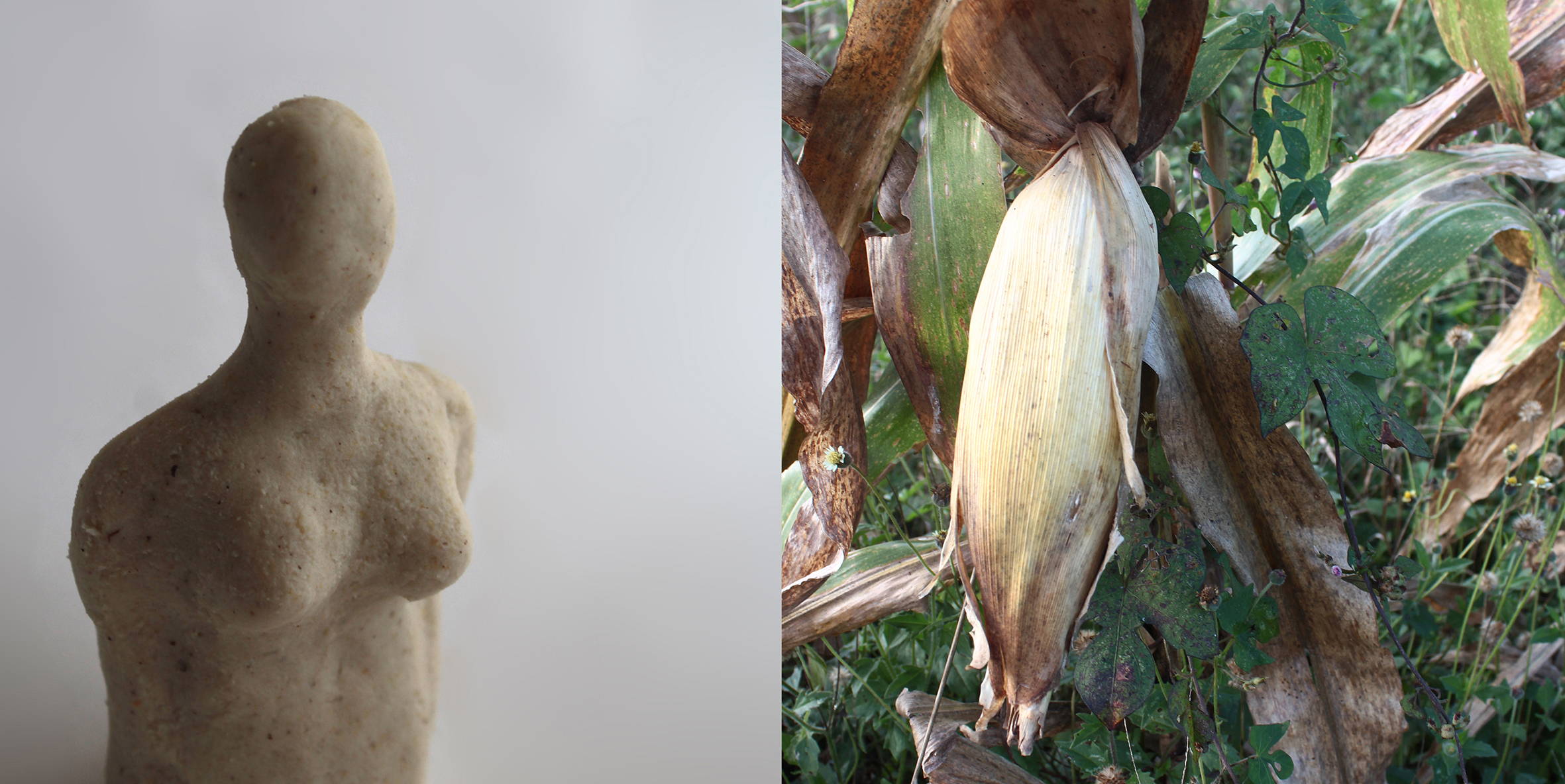 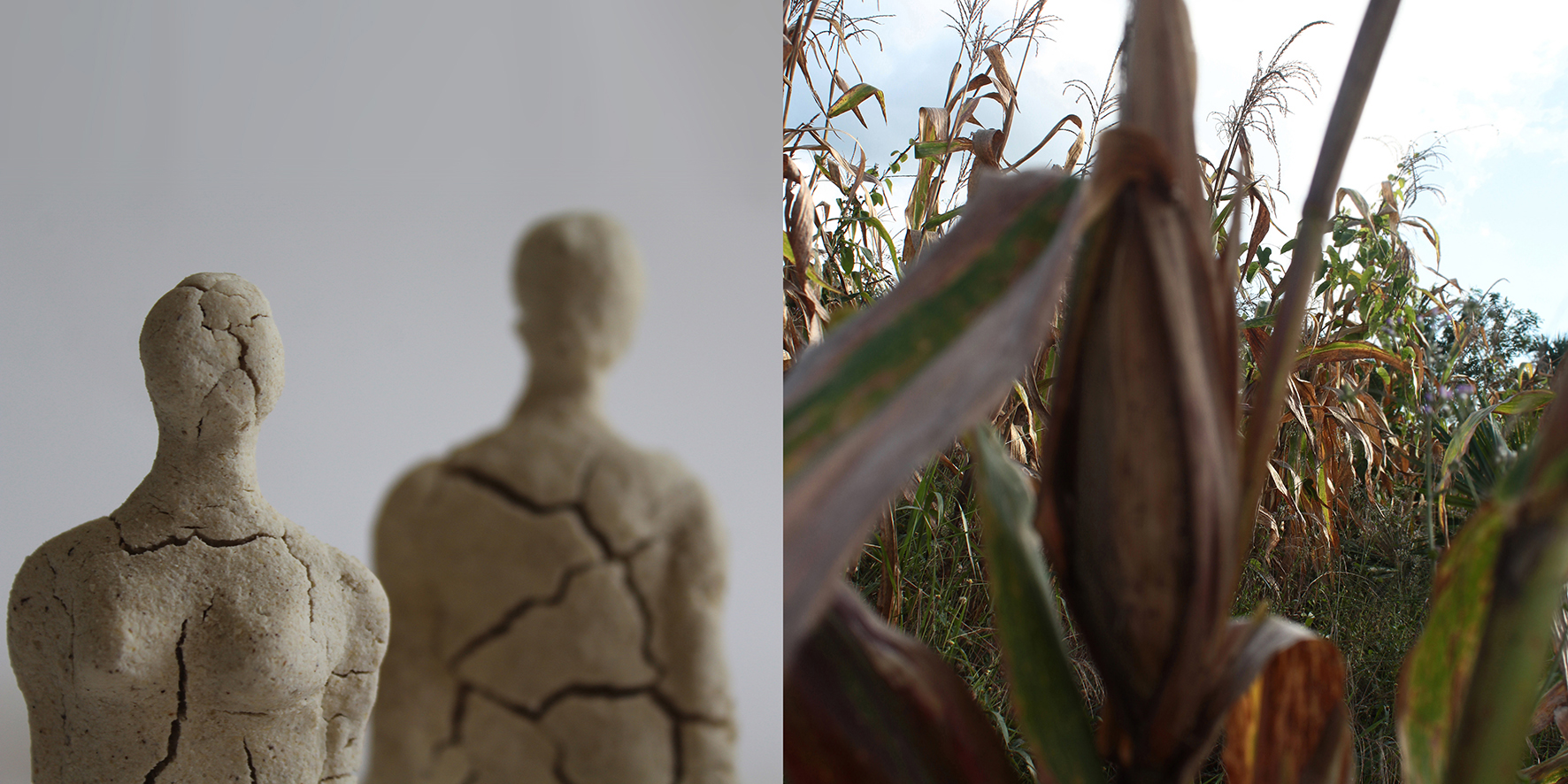 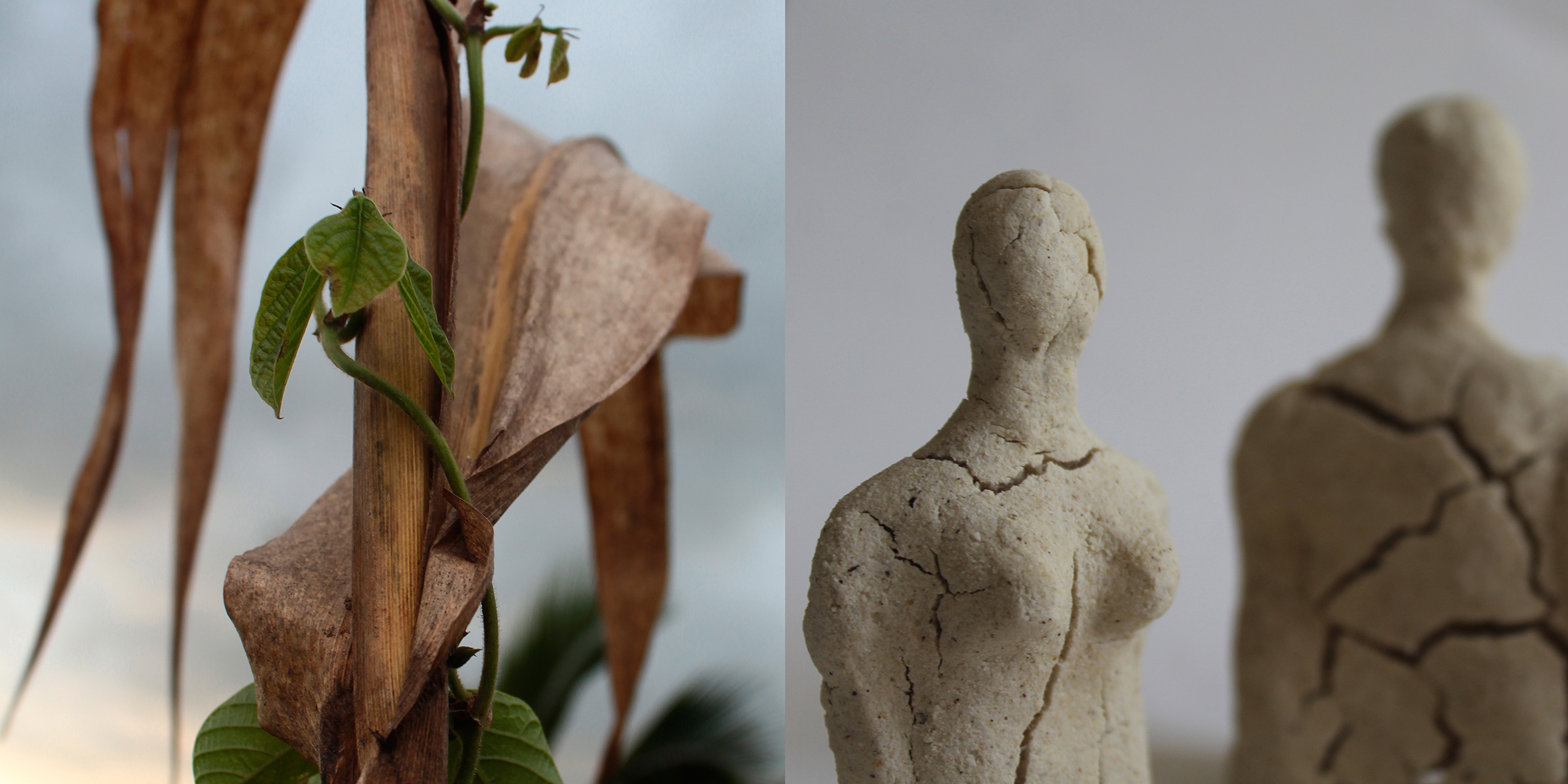 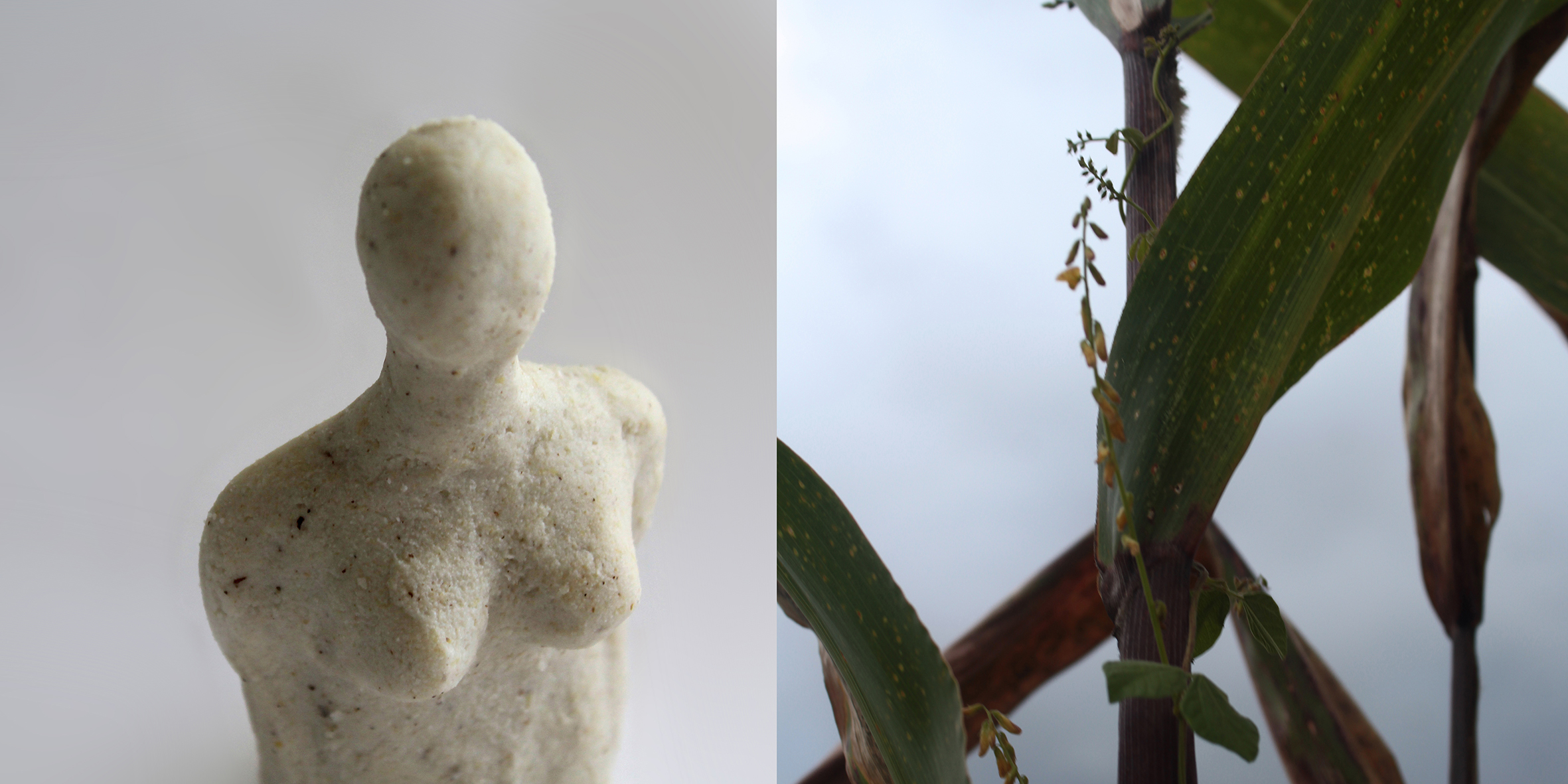 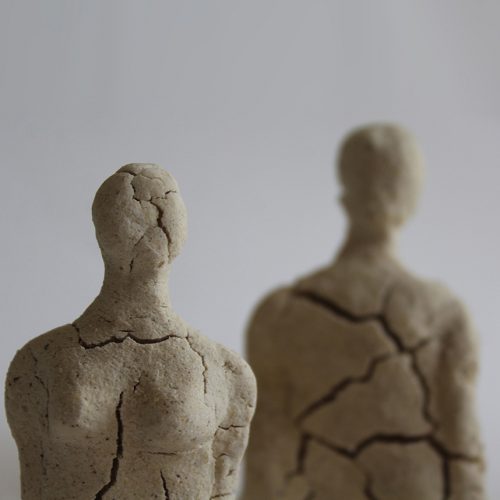