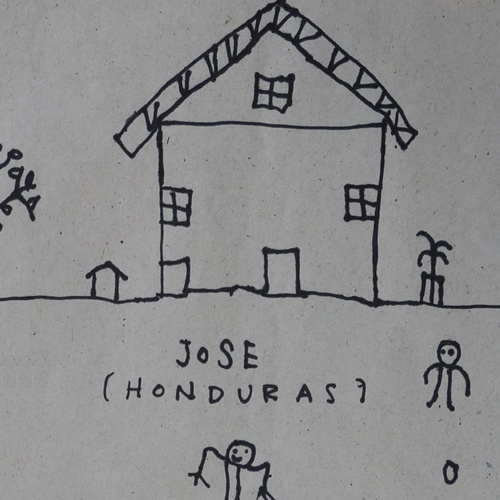 The project confronts the fixed location of dwelling and it is proposed as an existential possibility of inhabiting the journey.

Aware of the migrant´s dislocation forced to abandon their own homeland and loved ones, we propose to create a bridge between the idealized worlds from the past and the hope of the utopian home for the future, without forgetting their relationship with the painful journey through Mexico.

Working together with migrant groups that lived for a short term at “Casa del Migrante” in the city of San Luis Potosi, we learned about their sharing notions of «home». While most of the drawings, stories and models that they did coincided in their iconic reference, the relationship with their particularized natural context was remarkable in its diversity. House at the lake, house in the country, house in the orchard, house in the vegetable garden … and of course, always the terrible presence of the train. 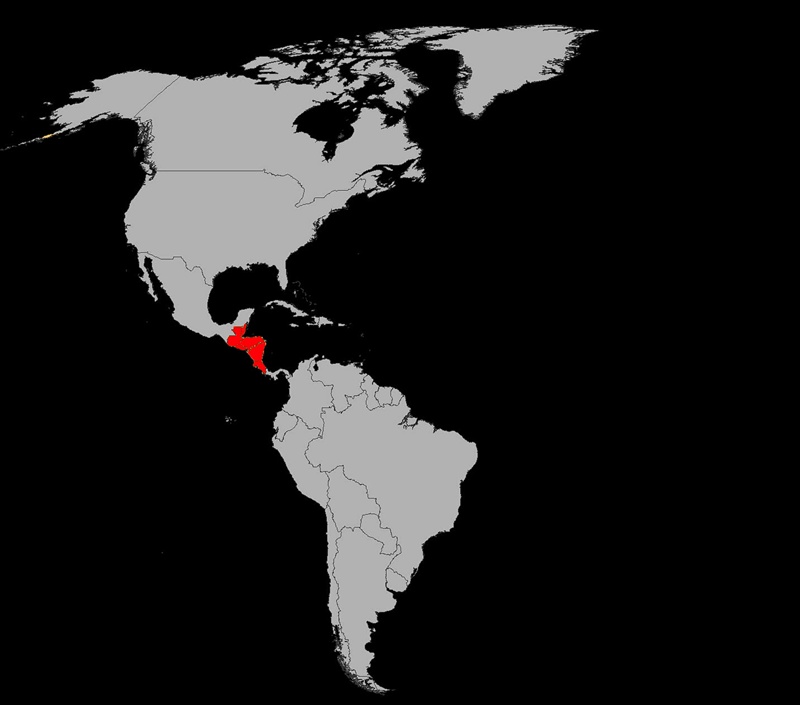 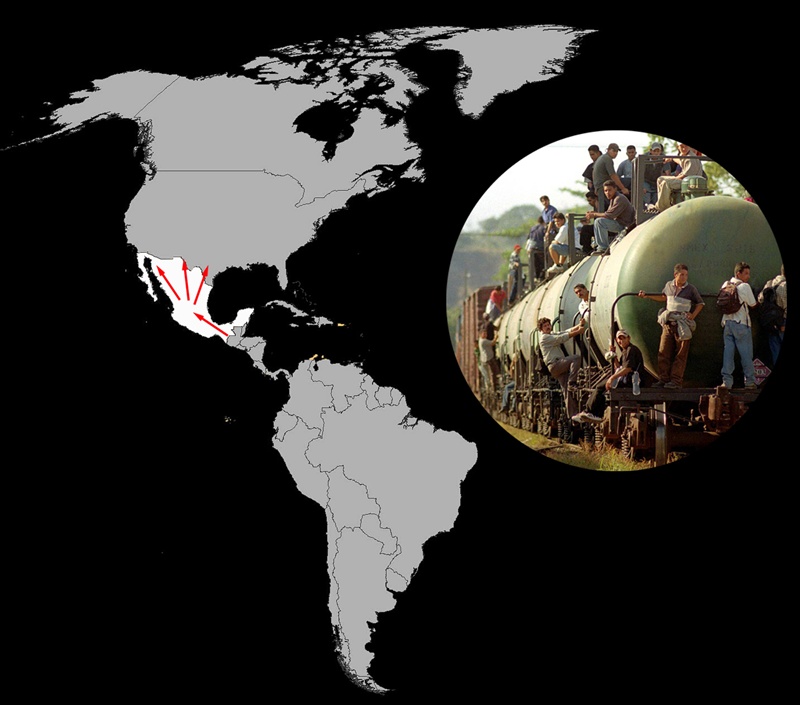 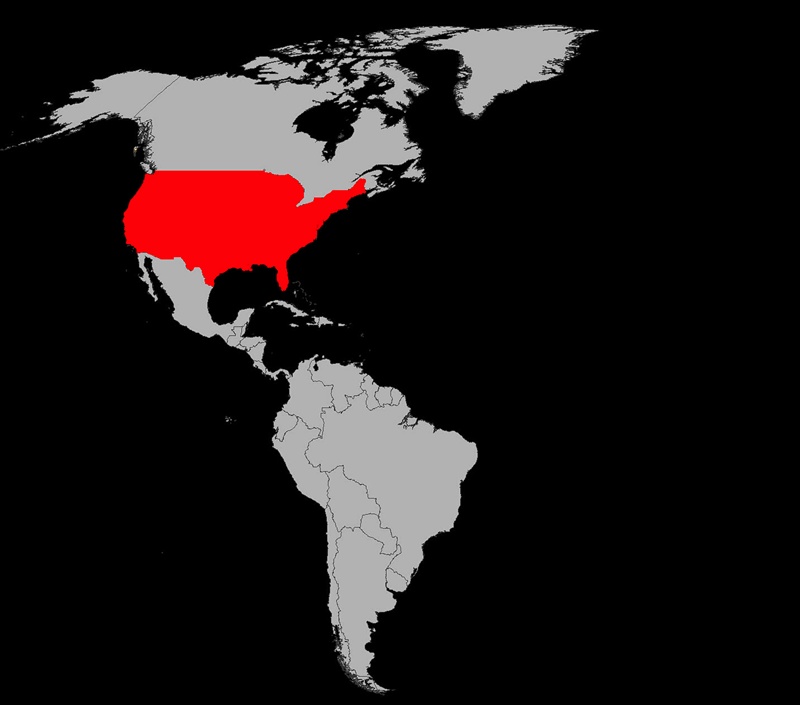 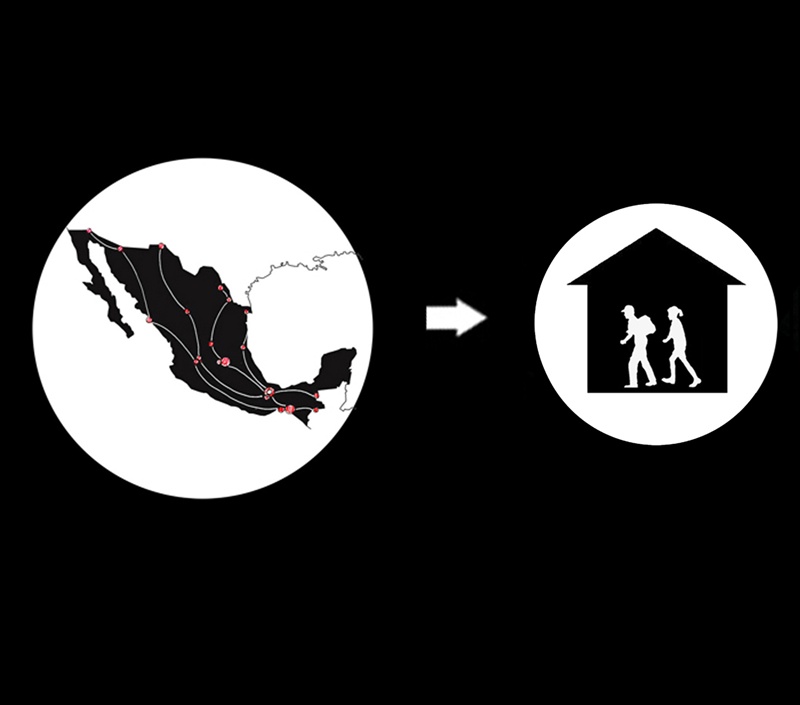 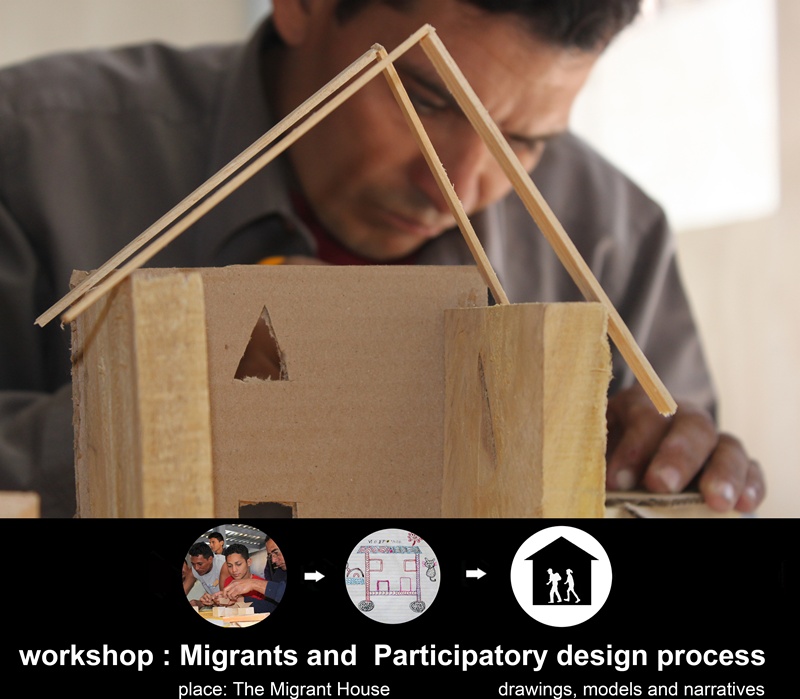 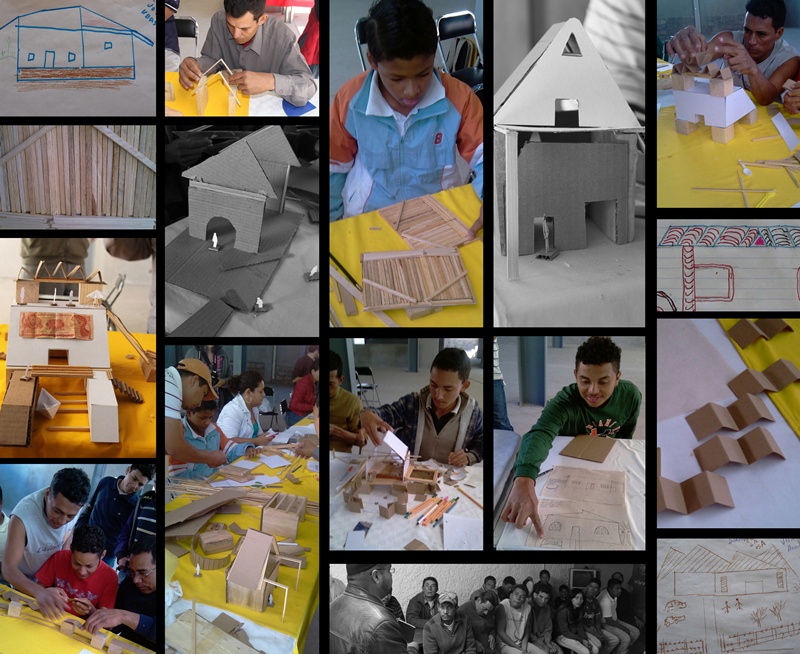 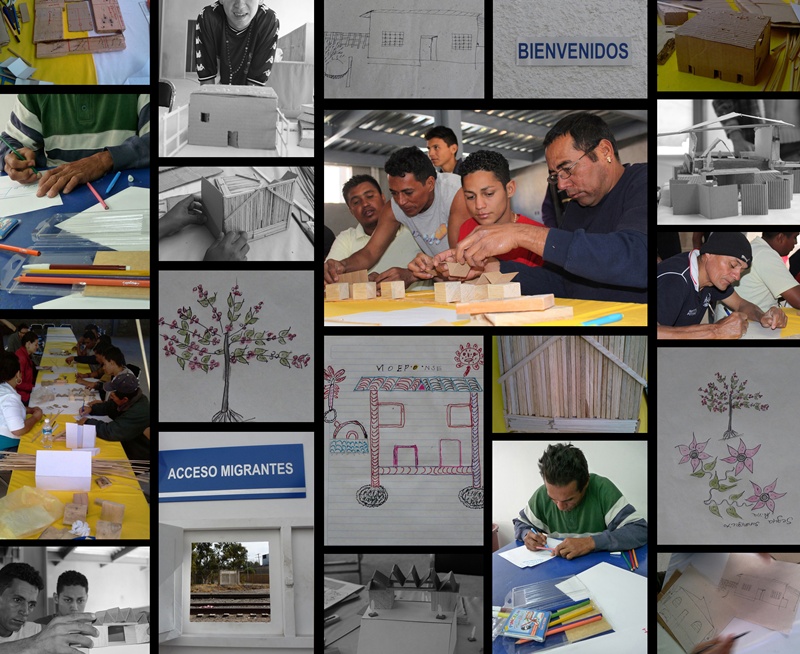 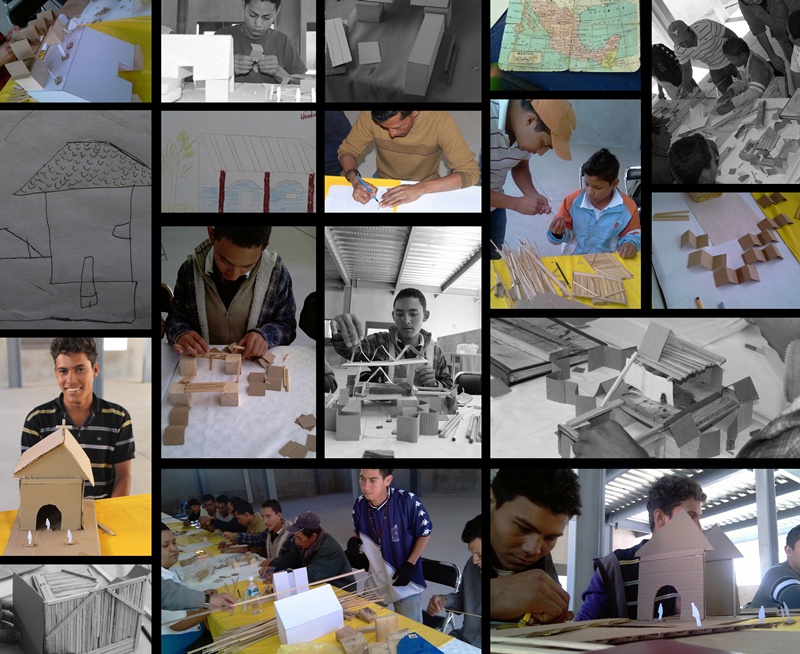 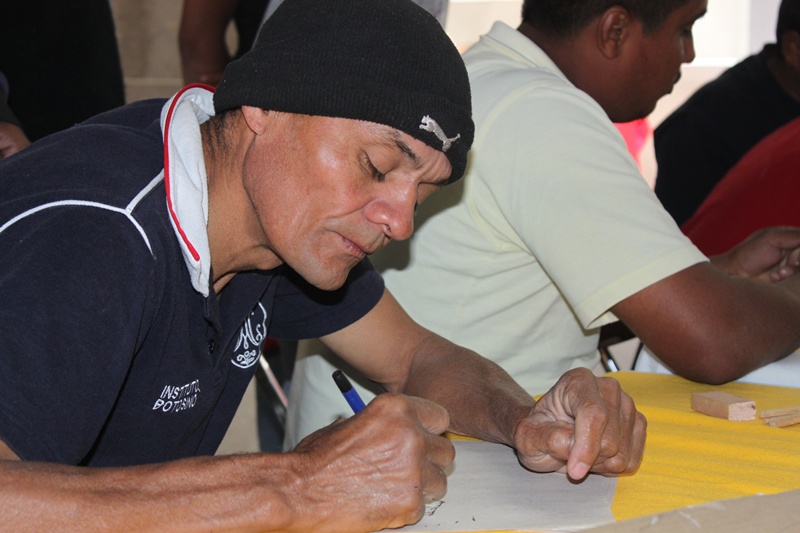 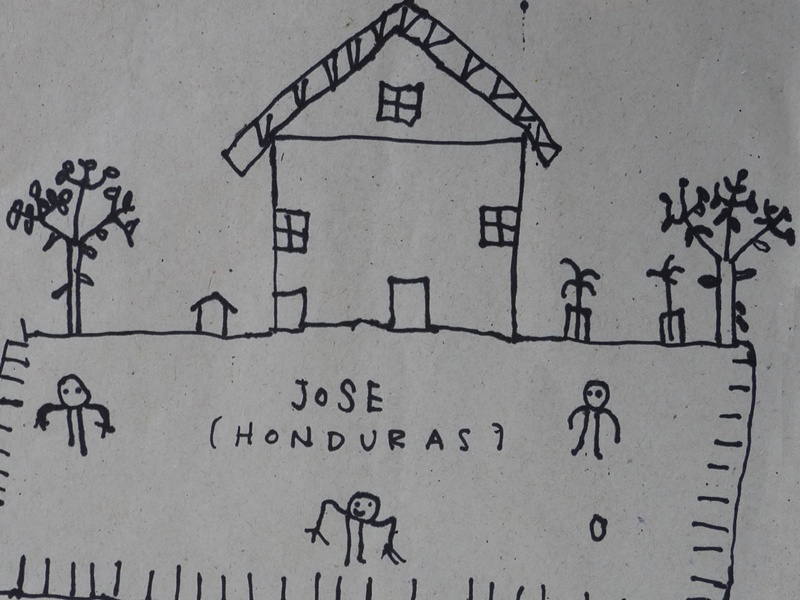 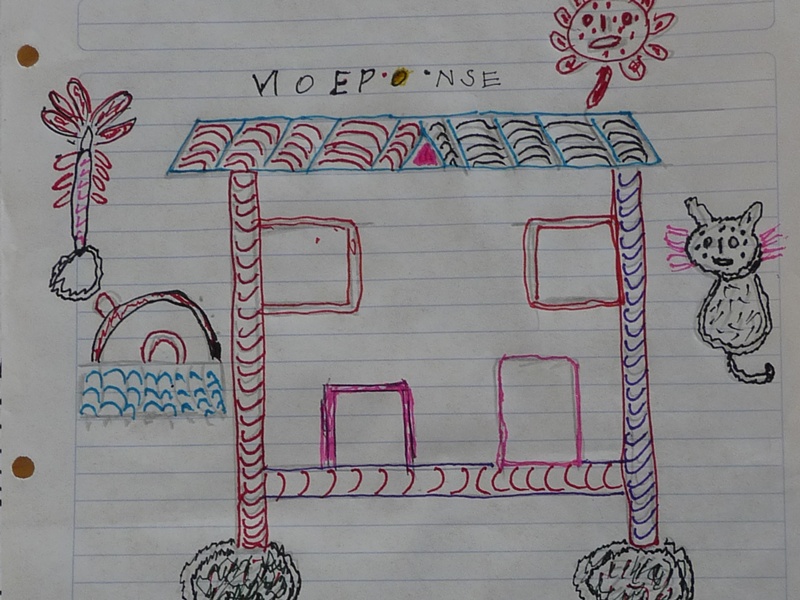 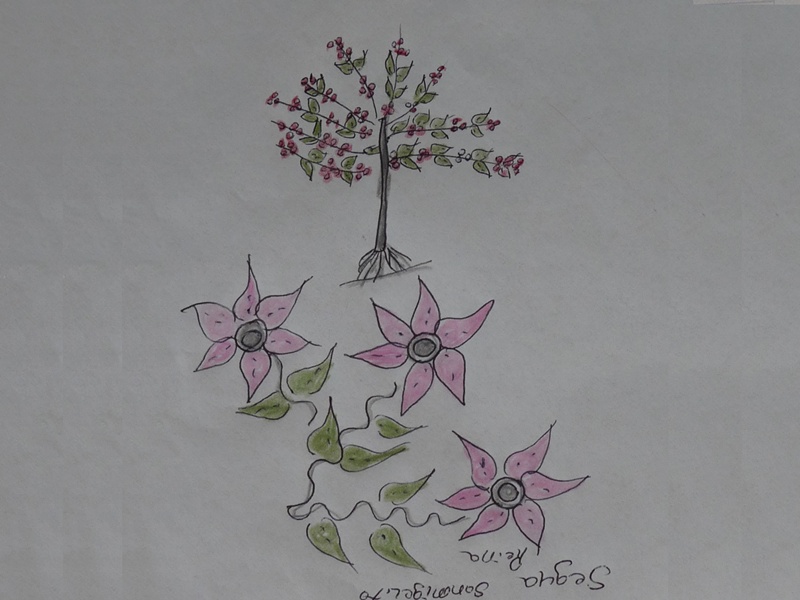 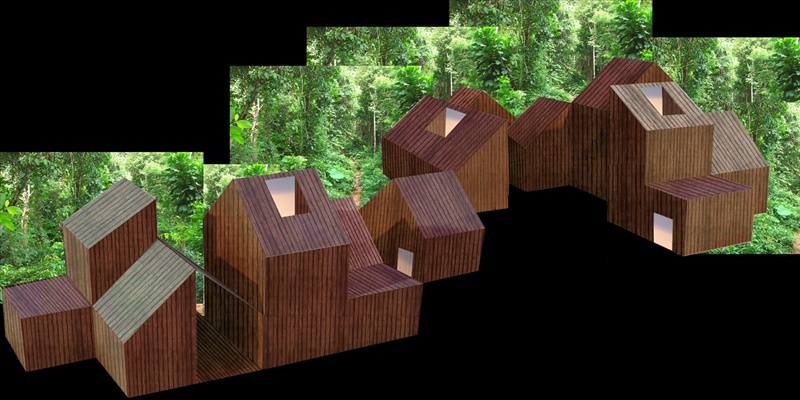 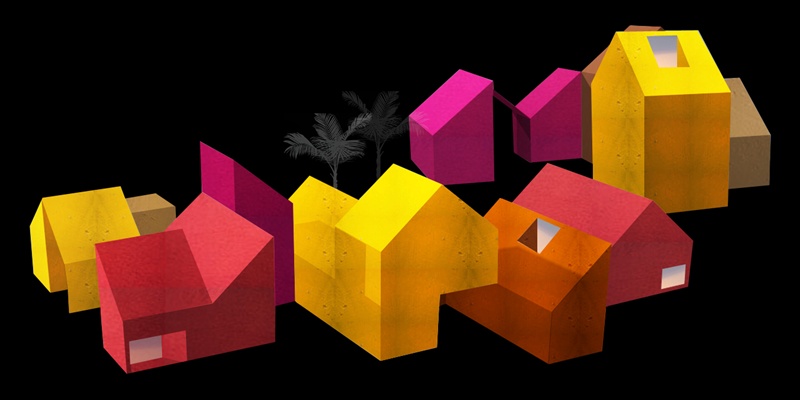 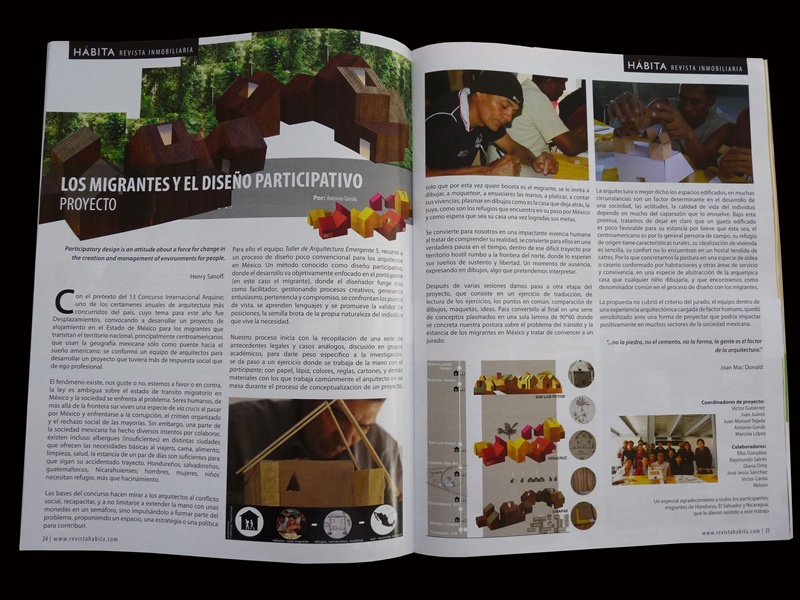 We proposed the integration of the journey and resting from maps, signage, information points, landmarks, food packages and portable shelters and as well networks and security strategies. The resting buildings are proposed as a network of places along the way, based on the archetype unit «home», conceived it as a series of standardized modules with an intense relationship with the landscape.

We have designed the project away from the building as a large container that radicalized the division between locals and foreign, to choose for a series of pieces that, in the manner of a small town can be inserted in a natural and open way to the city or countryside. The small town was articulated by public open spaces and spaces of self-production and trade, always aware of the absolute necessity of emphasizing the human relationships between the nomadic and the community that welcomes them.

Thanks to migrant people from: El Salvador, Guatemala, Nicaragua, Honduras.