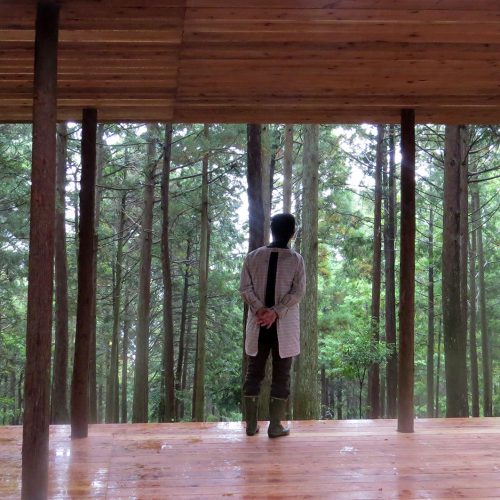 A new approach to the natural landscape of Oawa mountain, a protected and sacred forest located in the town of Kamiyama, Japan. The region is covered by evergreen woodland where the predominant vegetation includes trees of hinoki 檜 -Japanese cypress- and sugi 杉-Japanese cedar-. In-between pavilion consists of a sugi wooden space generated from two elevated planes supported by a series of vertical elements -trunks of hinoki and sugi- that merge together with the natural environment.

The wide frame suggests a fragment of the forest as a new viewpoint of reference. In this way, the pavilion pays homage to the traditional black-ink Japanese paintings made on landscape formats. The project is drawn as a space that does not end in specific limits, but merges with the surrounding greenery expanding the visual boundaries transforming into a large three-dimensional canvas. The visitor enters through a blue-green stone – awa aoishi 青石 – and from there, the aroma and sound of wood, along with the texture of barks dialogue with the senses producing olfactory, tactile and visual experiences. 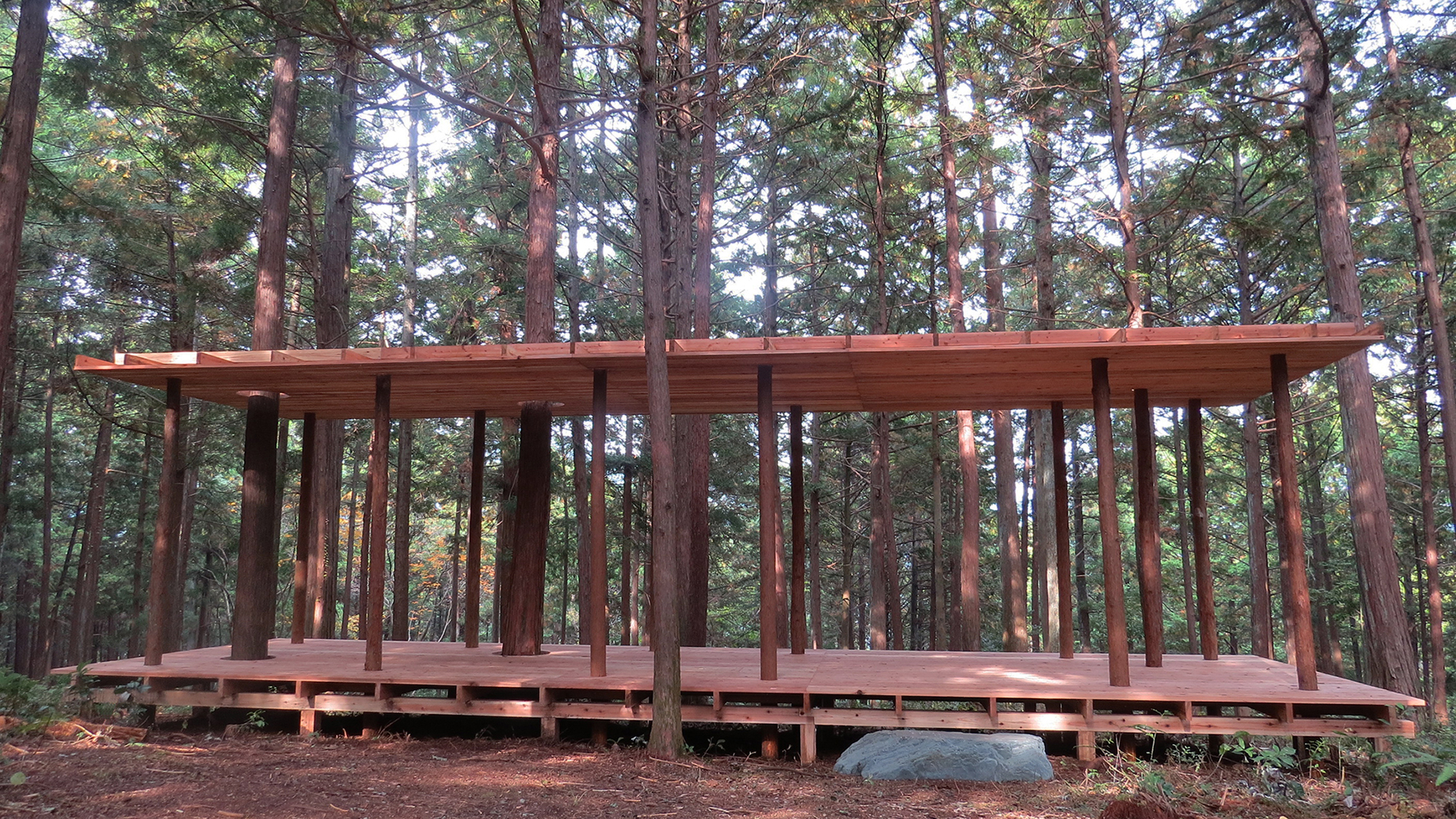 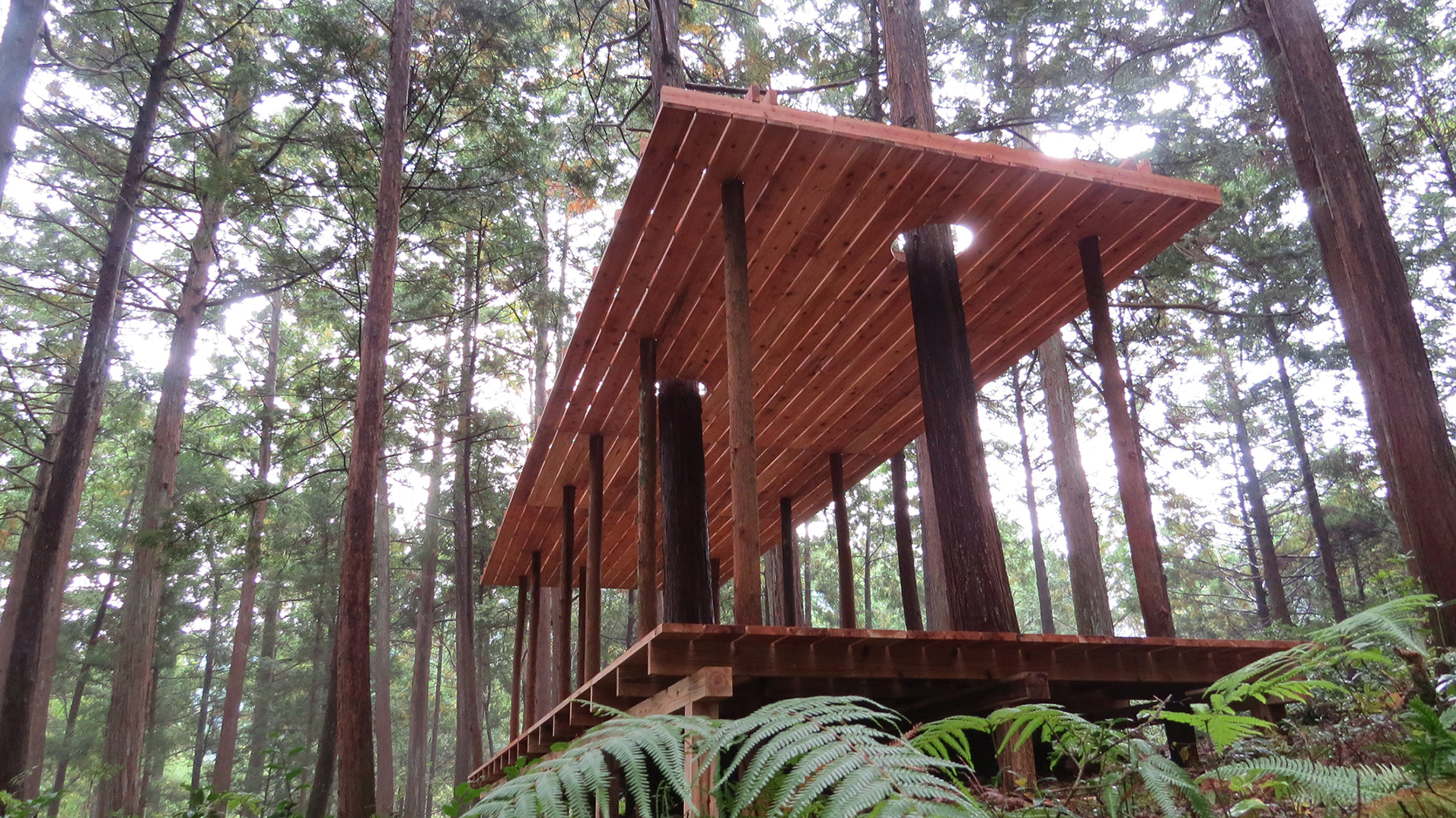 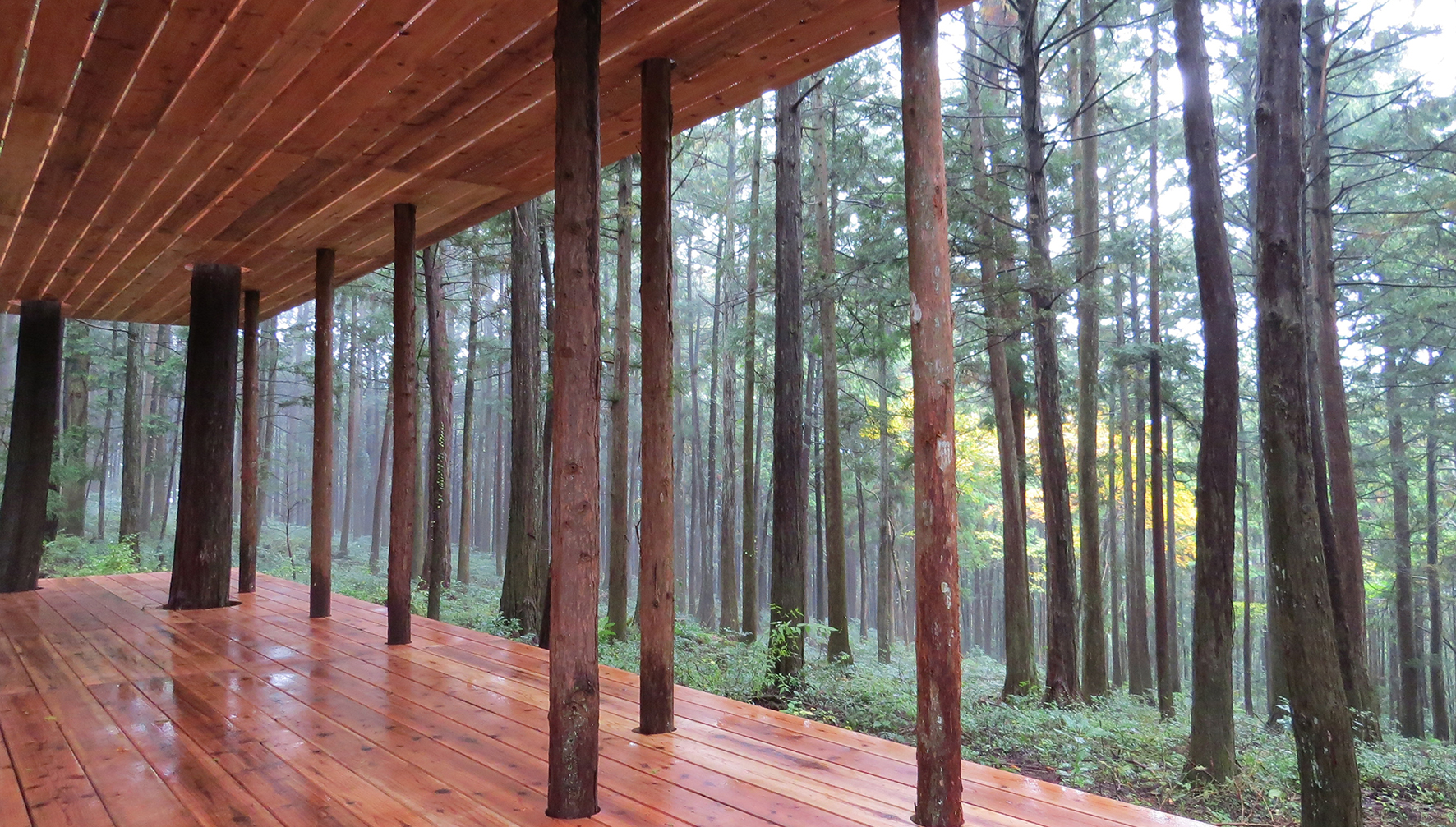 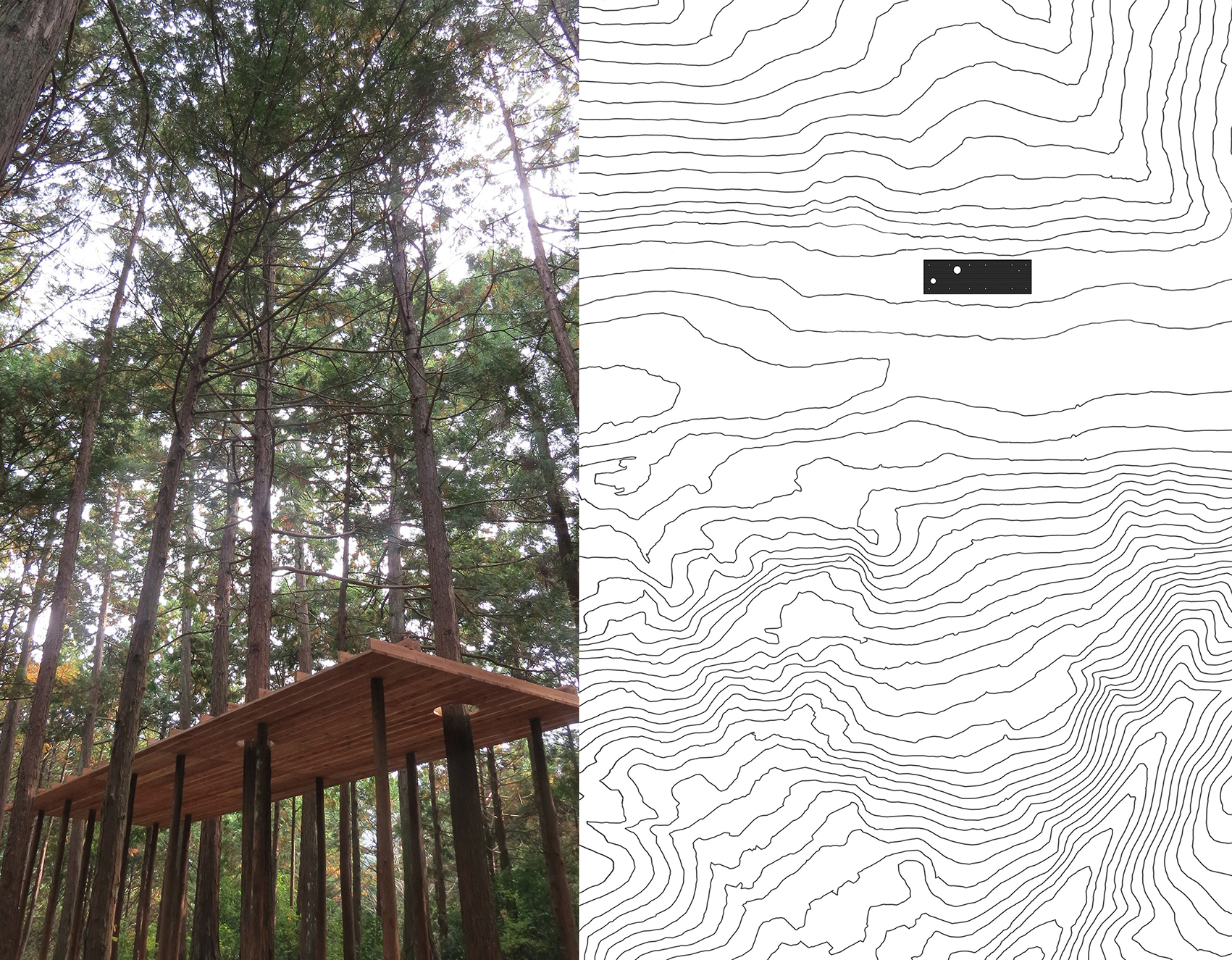 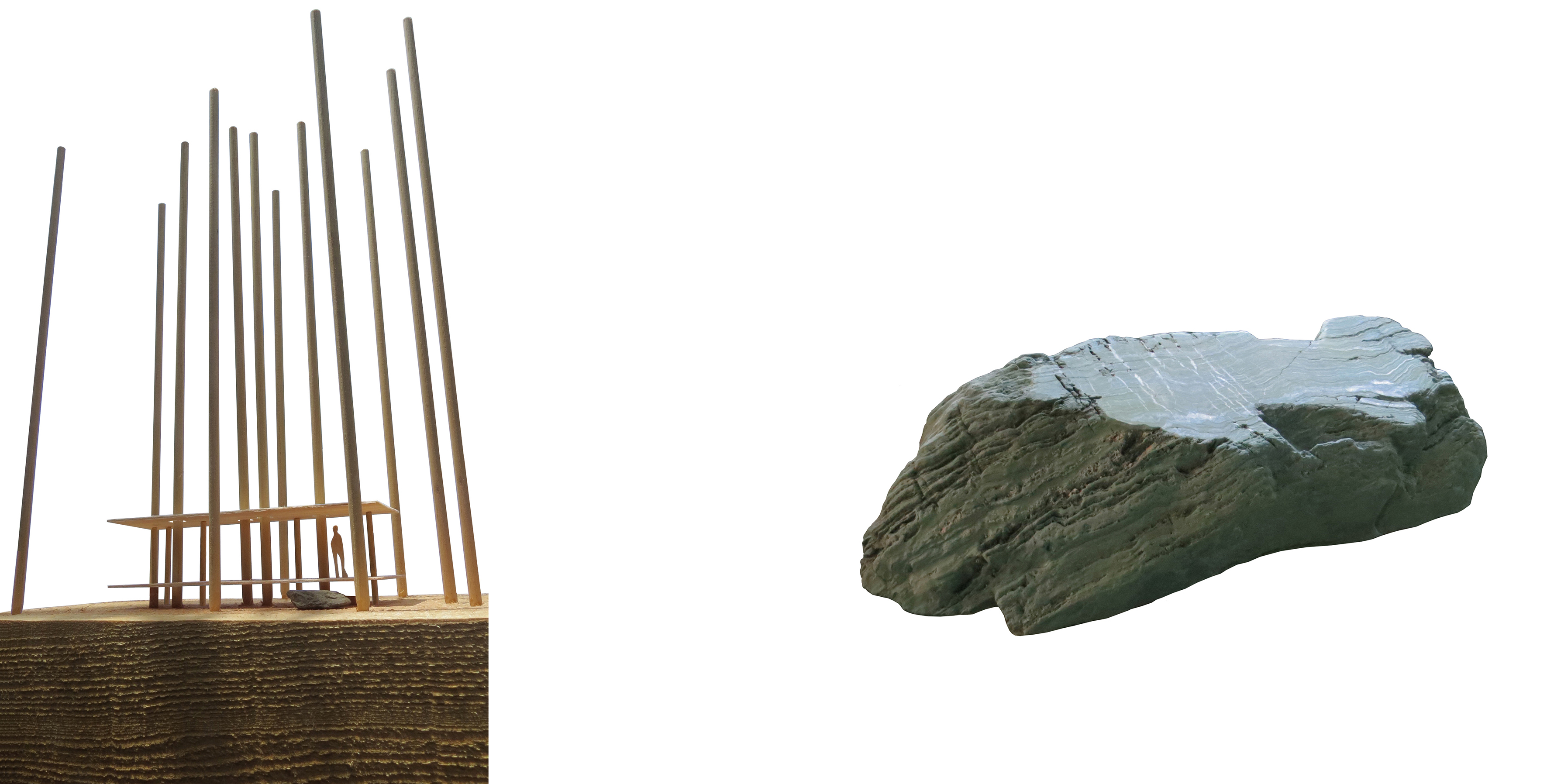 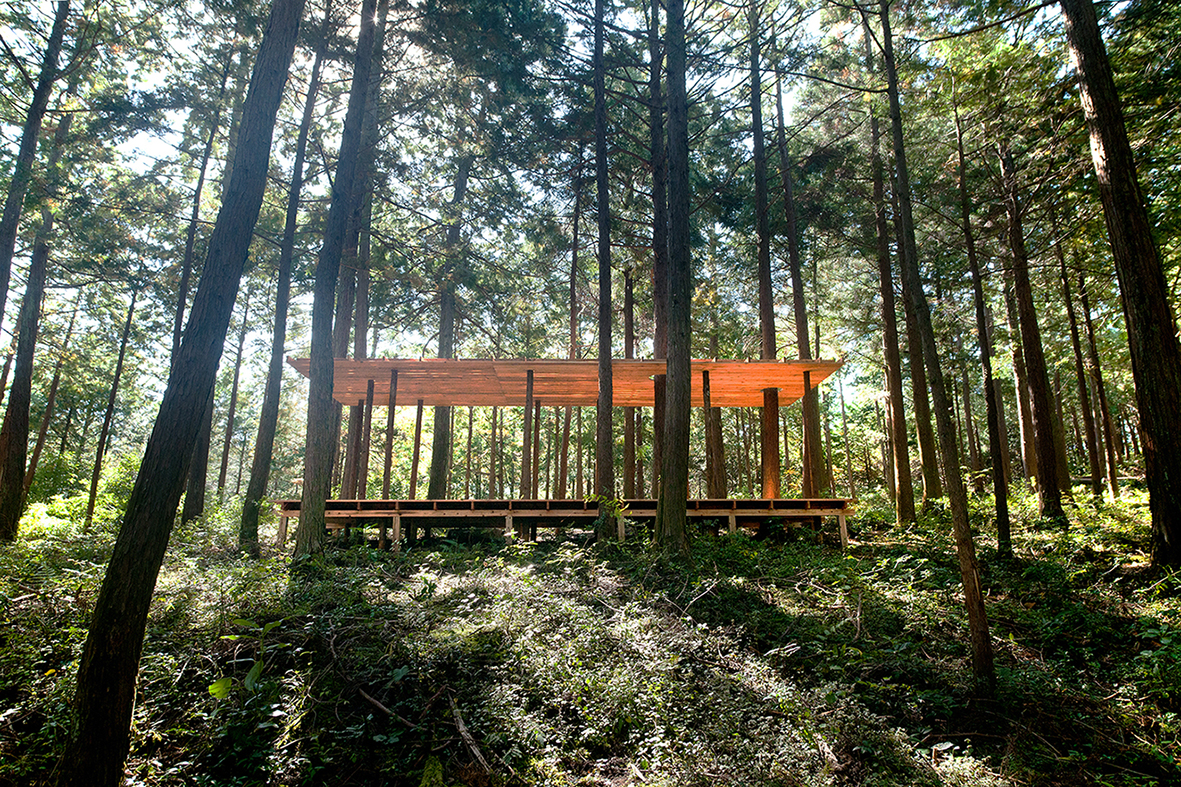 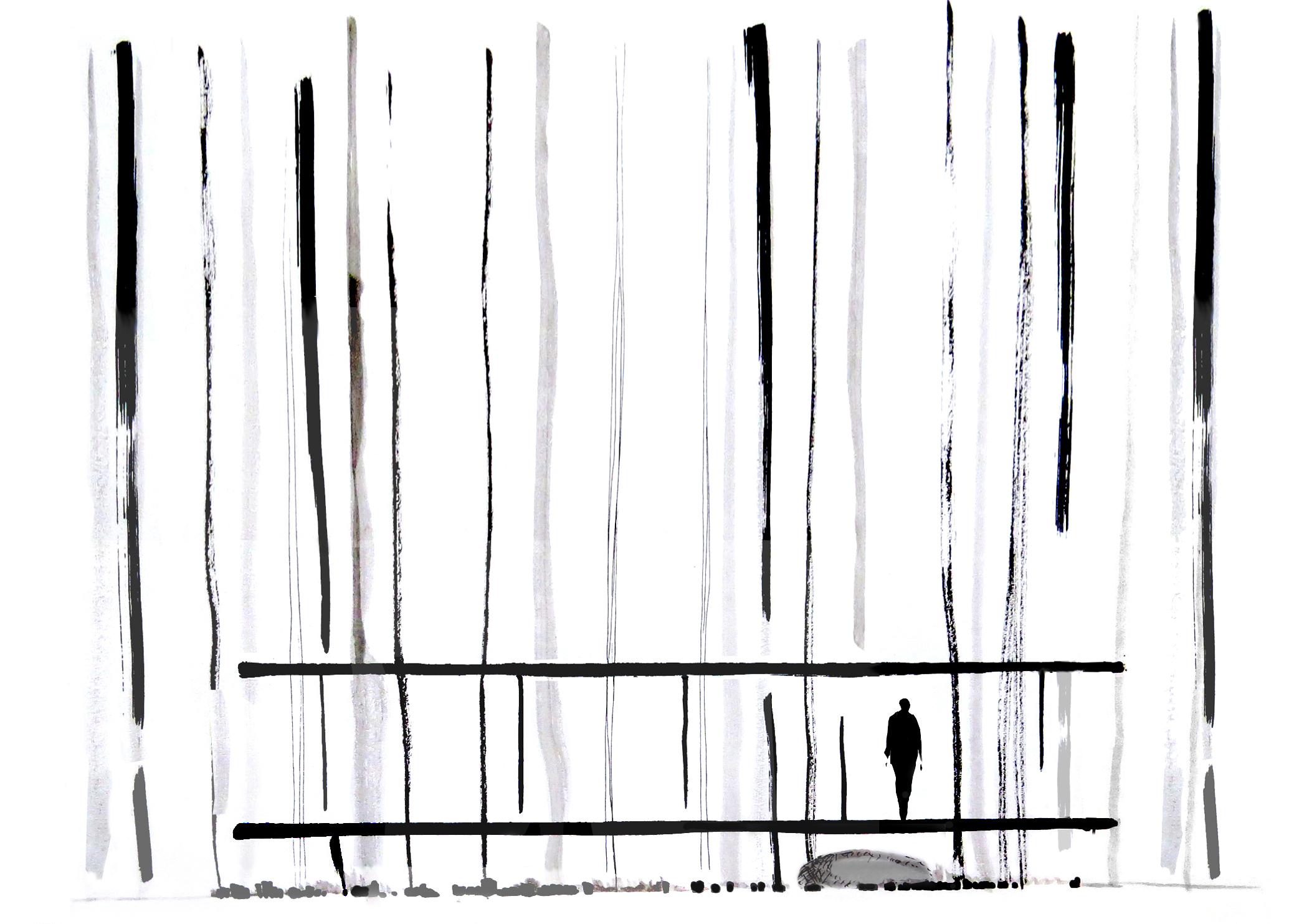 In-between pavilion has been built using traditional Japanese techniques with the knowledge and participation of the local community. Its construction has been part of Kamiyama’s forestry management program