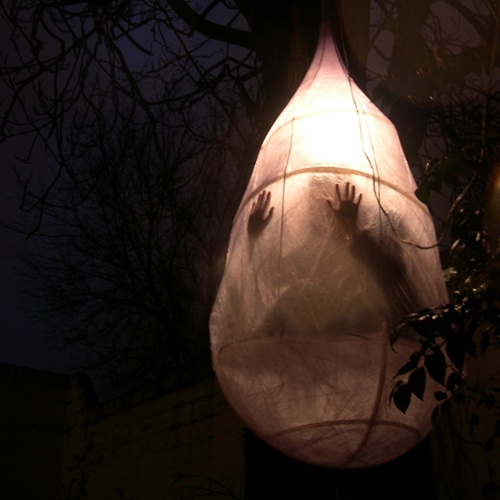 Conceived to provide an interior space for self-reflection, Dream House proposes the intervention of an urban tree with an interactive and sensitive piece that transforms the natural element into an introspective human refuge.
The Dream House emerges from the tree as a lighted chrysalis, reflecting the relationship of human beings with their built and natural environments. The piece proposes new ways of occupying and imagining space, by making use of nature as a main support to create a dialogue between nature, human beings, and its own space 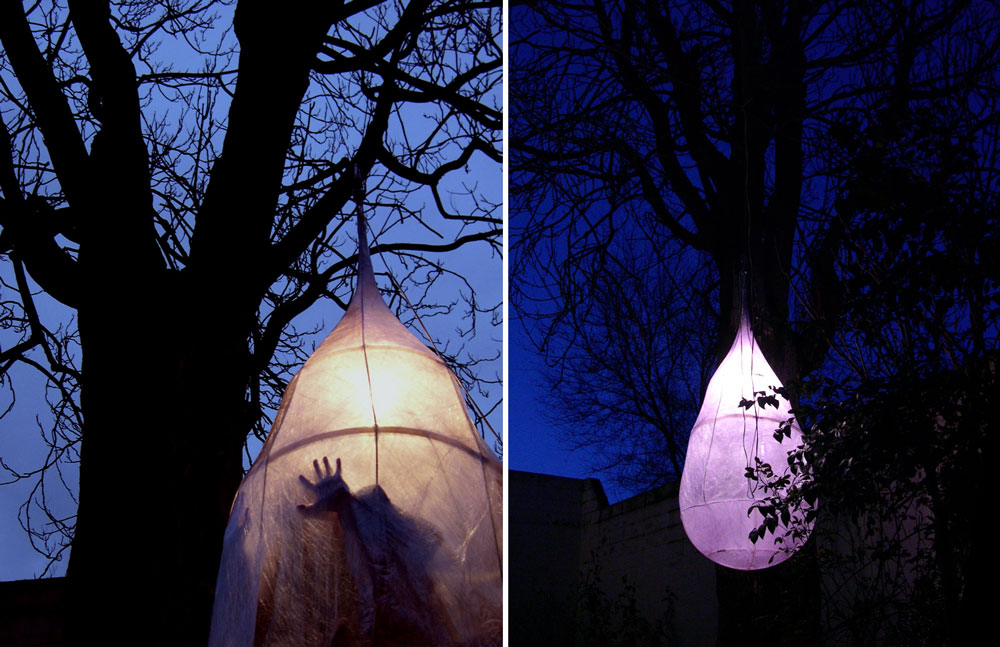 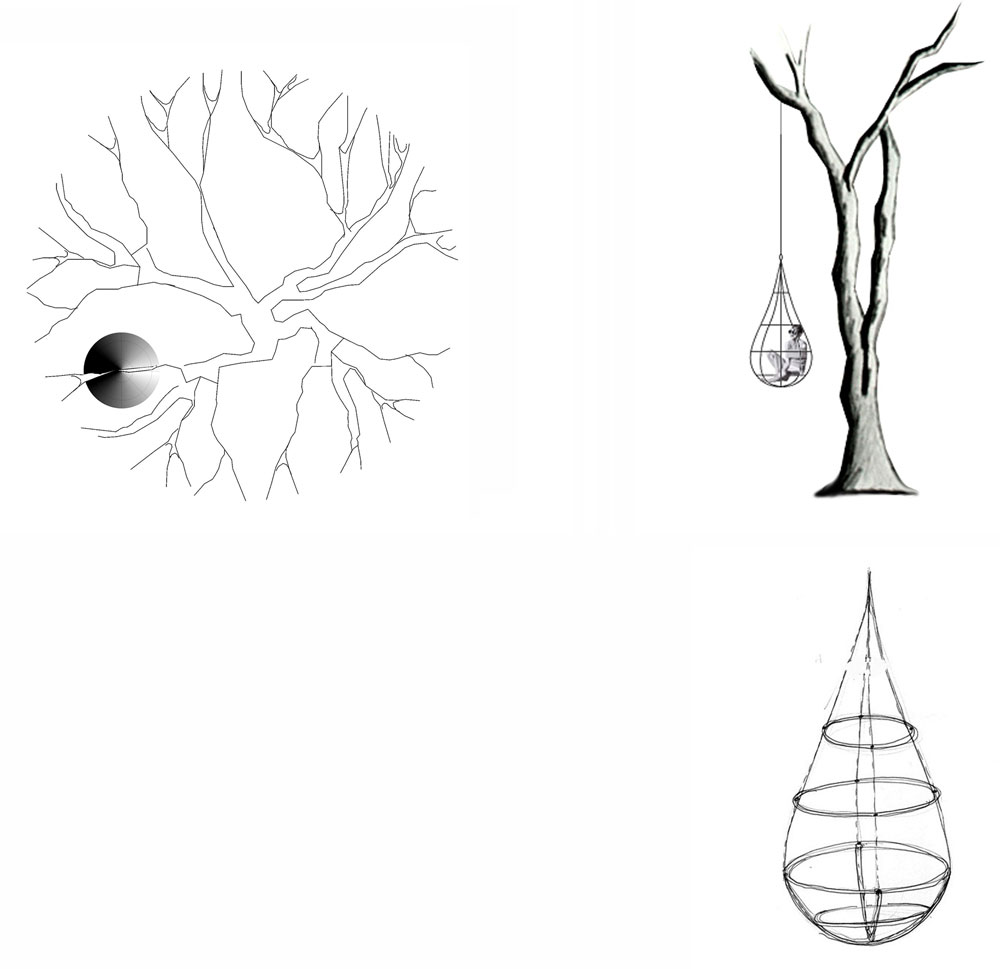 A chrysalis dangling freely from a branch is one of those happenings in nature that is both common and awe-inspiring (…)
There is this other surreal aura about the Dream House, however, which expands
Beyond the boundaries of man and nature to explore the infinite space of the human imagination
With its delicate skin, translucent and pliable, its hardly seems capable of supporting a human body. But the Dream House is meant as a human refuge, “an interior space for self reflection” within the urban environment. That the chrysalis was designed as an urban treatment, and not merely as a retreat from the cityscape, make its introspective quality even more extreme. Rather than taking us away from the urban experience; they want to place us within it. Though instead of offering us another take on the high-density built space, x-studio proposes that we cling to the trees, both preserving and using them for our own mental space. (…)
We can take a good metaphorical look at ourselves and our surroundings. What are we likely to see between the limbs and leaves? That the natural and man-made world just became a more interesting place. Phyllis Richardson from XS GREEN