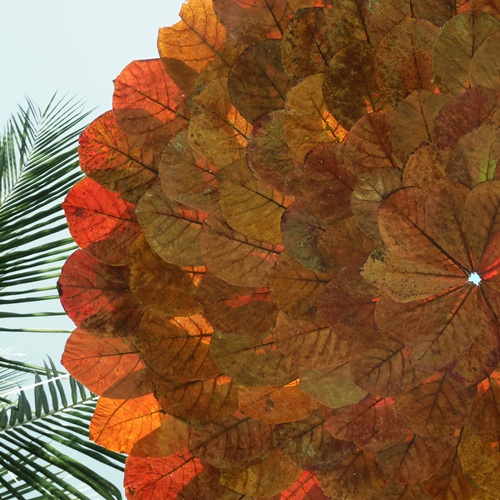 The Beach Almond (Terminalia catappa), called Amêndoa or Amendoeira-da-praia in Portuguese, is one of the most representative trees of the Brazilian coastal area. It is a large tree that can grow up to 35 meters tall, with tops that are characterized by their laminated shapes that overlap one another creating a very broad glass foliage. It is for this reason that it is also known in many cities of Brazil as Sete-copas (Seven tops). Its large leaves, also used in traditional medicine, can measure more than 30cm and begin to yellow in August to then gradually reden and eventually fall before becoming completely dry. In many cases, some leaves resists falling until the last moment when new shoots emerge in spring or until a strong wind brings them down. In winter, in the urban landscapes off the coast of Brazil, their fallen leaves cover streets and squares creating natural surfaces of different shades.

The piece Amêndoa, suspended leaves, consists in creating a fragile membrane suspended in a landscape of palm trees on the coast of the island of Itaparica. A piece designed by the landscape itself is generated through a mosaic of leaves of different colors – from yellow and orange to ocher, red, and intense wines. The leaves, gathered under a large beachfront almond tree, are suspended in a mantle that sits between the landscape and sunlight, interrupting it and filtering natural light. Throughout the day, the light in the landscape varies generating different reflections and colors on the piece by way of natural rose lights that contrast with bright daylight. This is a piece that looks solid from a distance but becomes fragile and delicate when approached and inhabited. 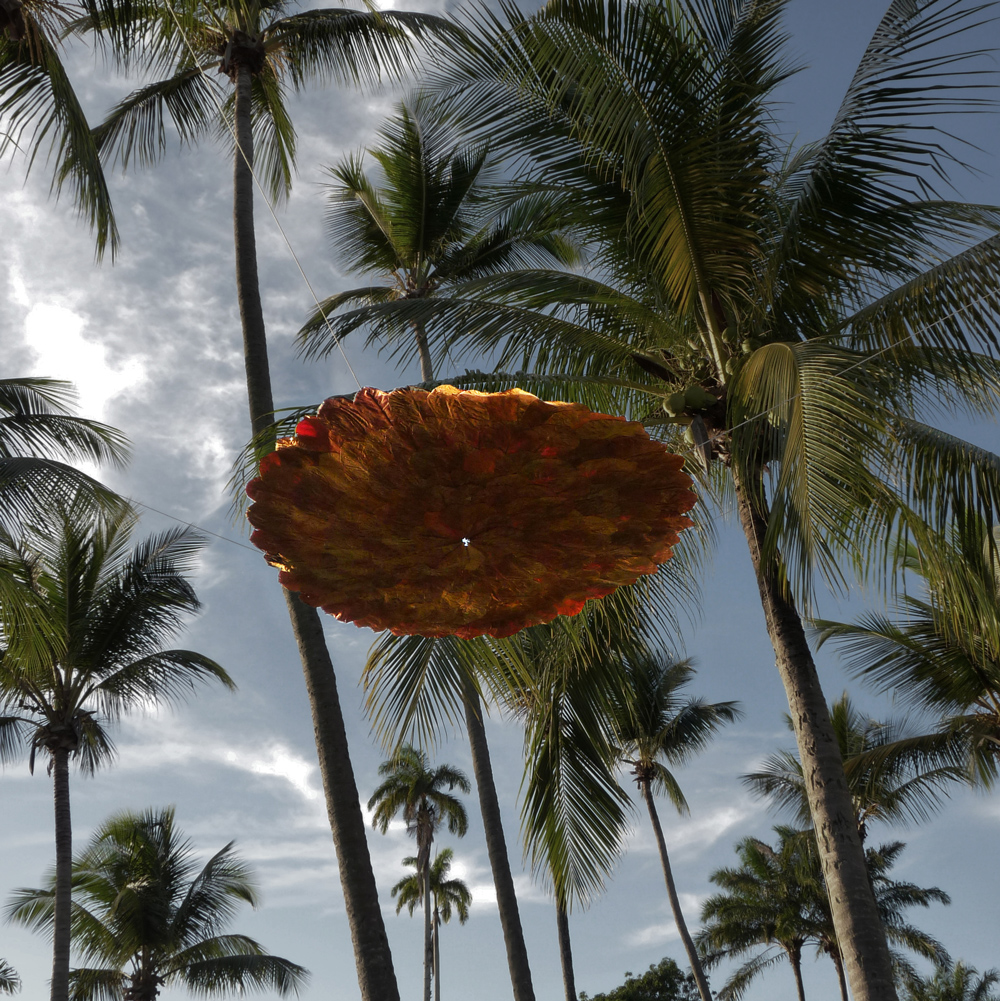 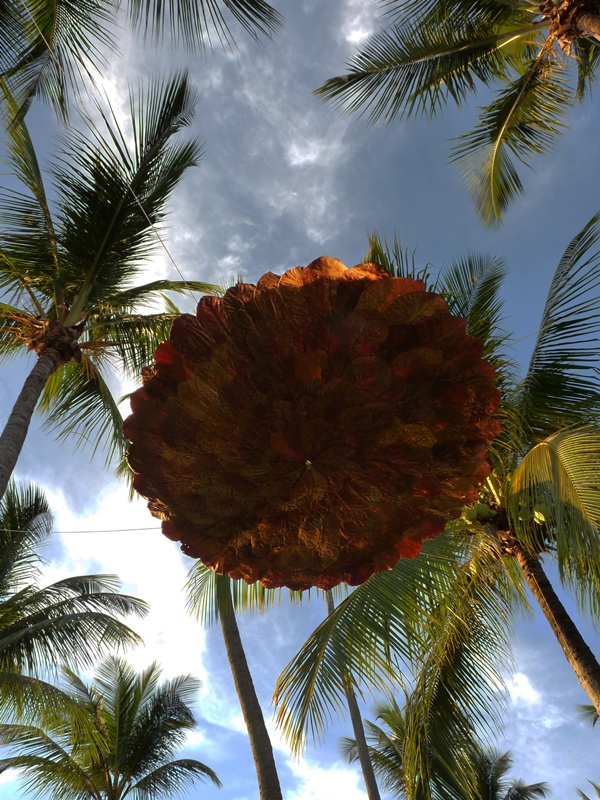 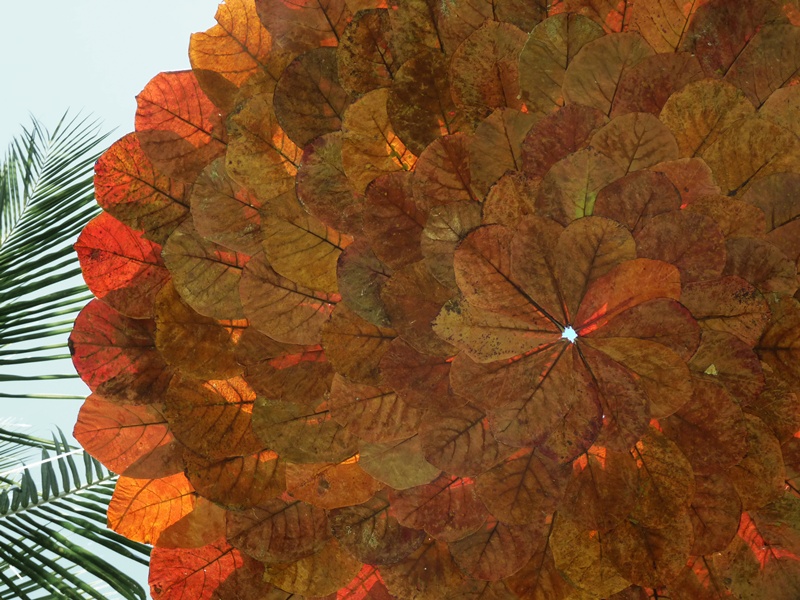 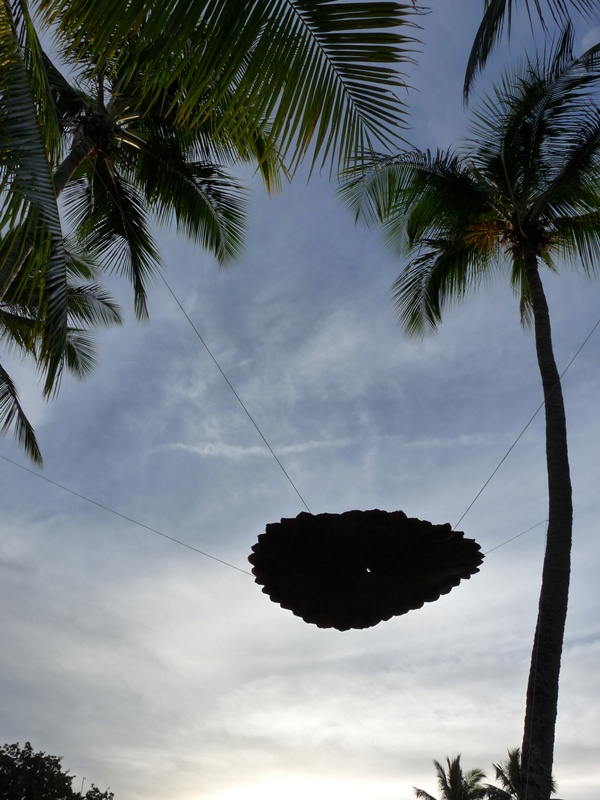 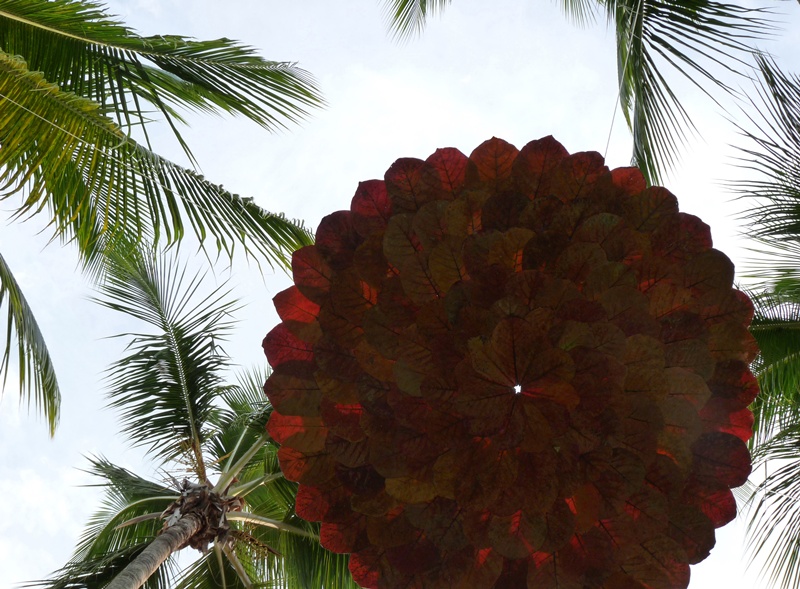 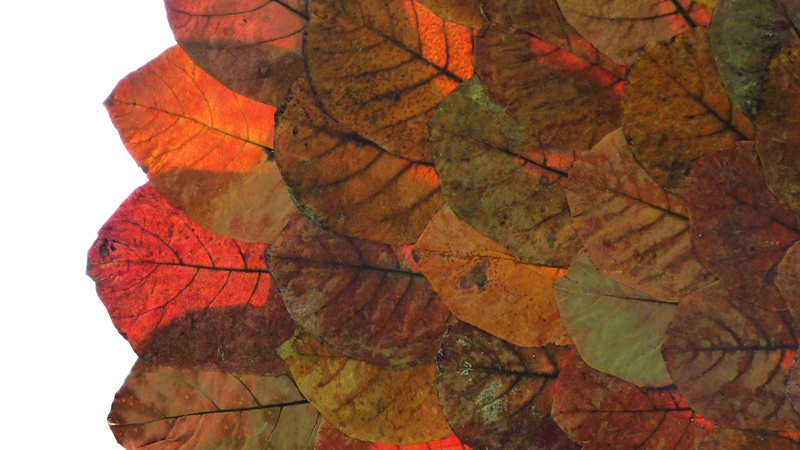