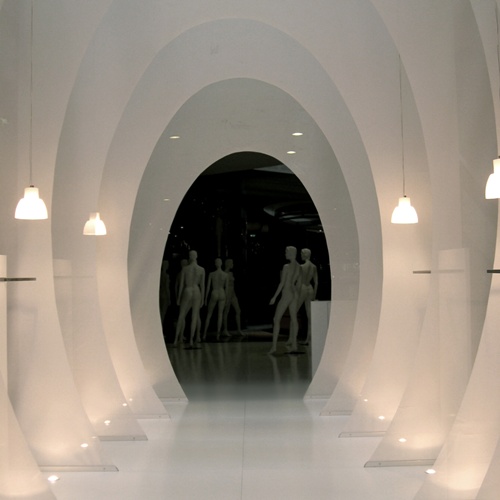 Inspired by the bright sunlight of Portugal and by a particular type of door with an elliptical shape in the Barrio Alto area of Lisbon, the project interprets this elements in a series of vertical suspended planes made of translucent white screens. The screens create a sequence of spaces that grow and decrease where the visitor is introduced into a visual game between interior and exterior.

Niches are formed between the arches, where the fashion styles can be displayed. Directional white light from uplighters and downlighters adds to the sense that the showroom is an ethereal, floating space. 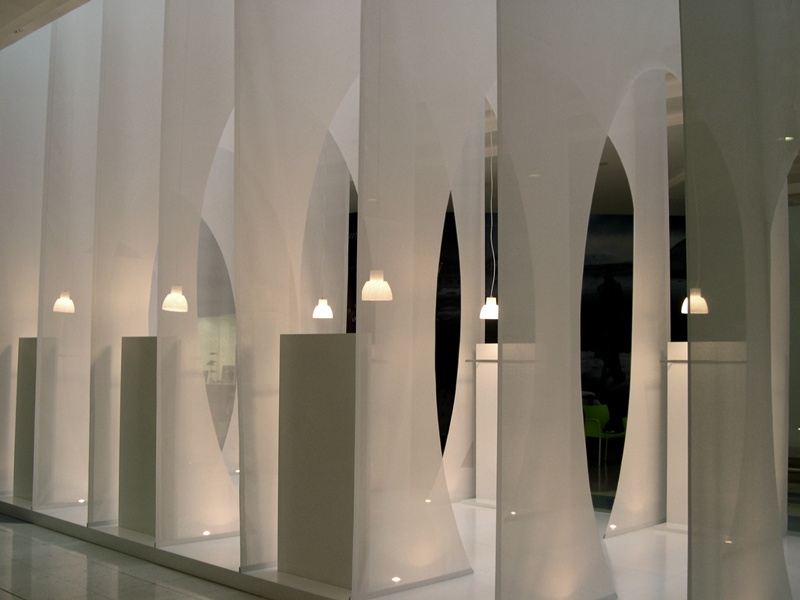 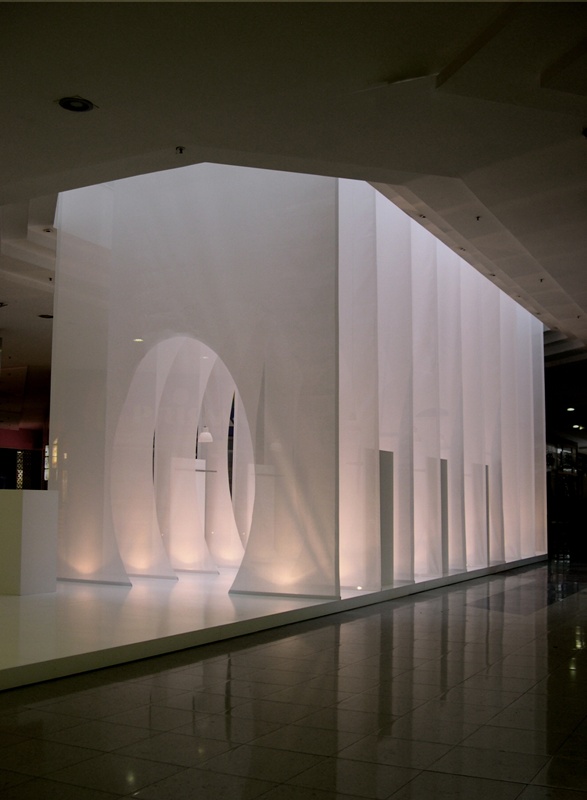 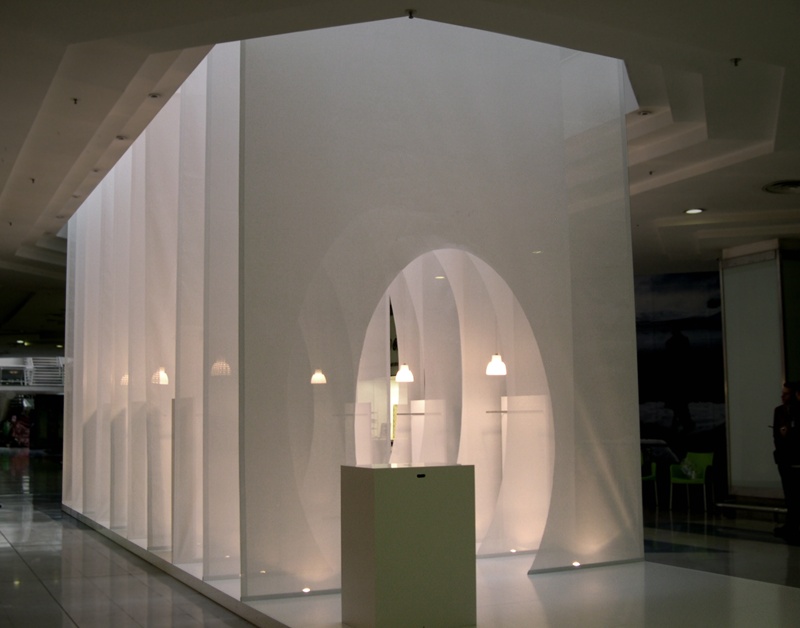 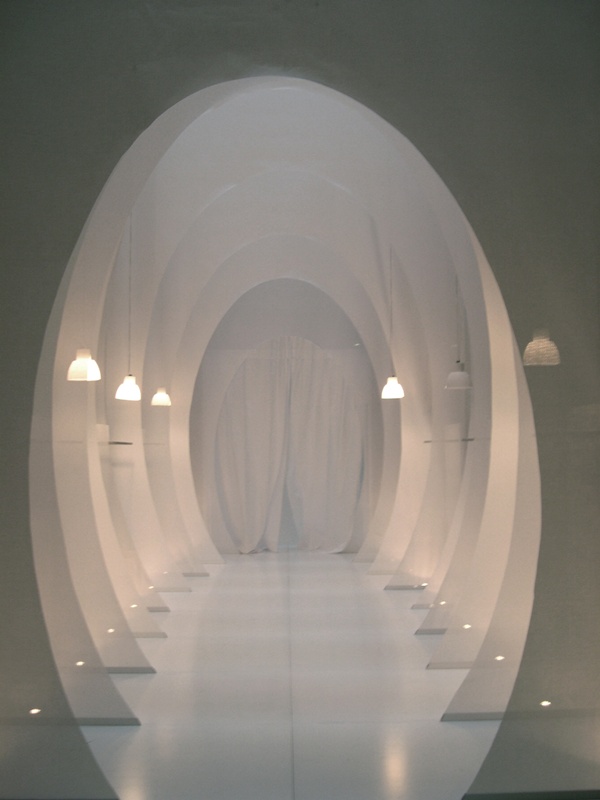 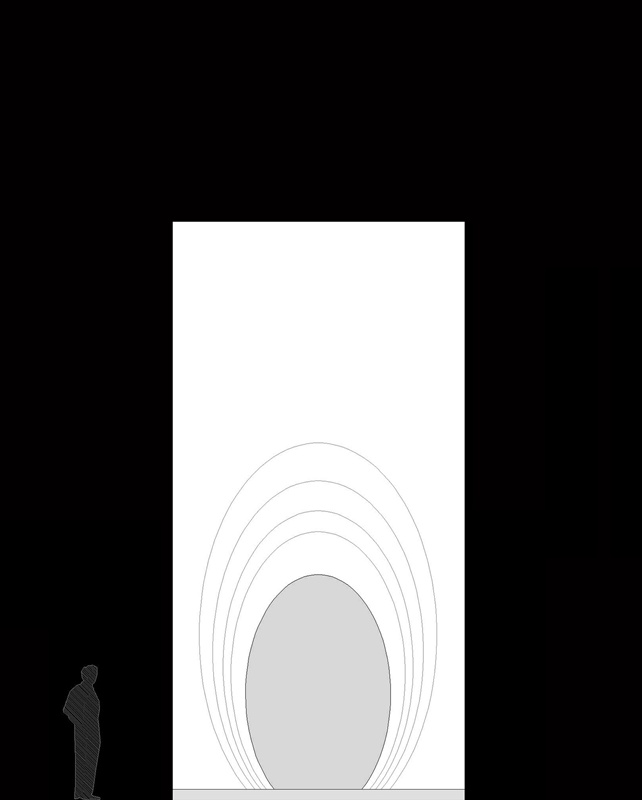 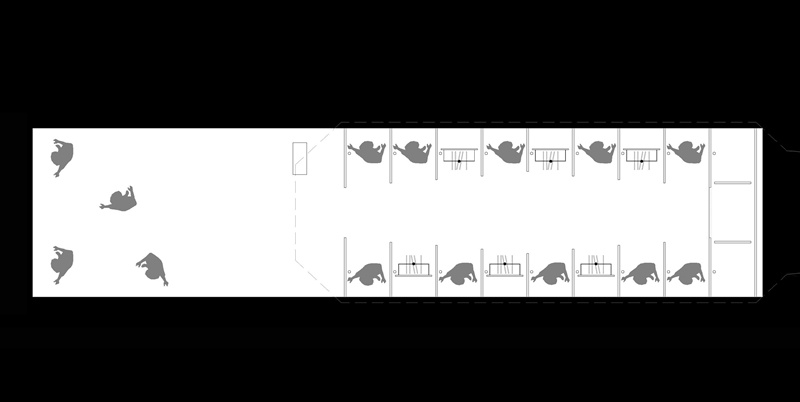