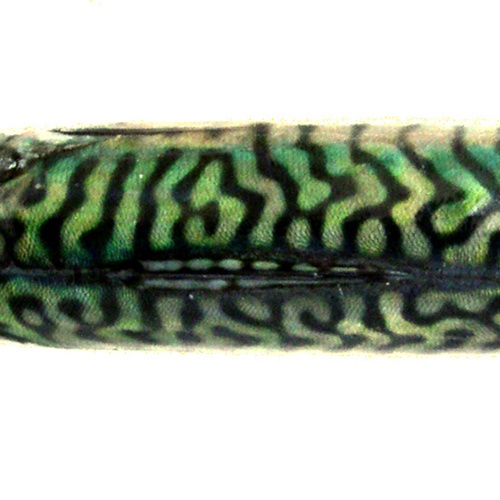 Inspired on the skin and structure of the Mackerel fish, a fish that distinguishes from other fishes for its brilliant color pattern. The fish, with iridescent blue-green body above and a silvery white underbelly, is drawn by black bars that run across the top half of their body, giving it a distinctive appearance.

The project proposes a new footbridge over the Leeds-Liverpool Canal in Bootle.
The footbridge is conformed by two main elements that evoke the slender shape of the Mackerel fish. The base element is a concrete pathway that works as one same piece starting as a plane ramp that emerges from the pavement and softly elevates over the canal, while it rises, the pathway folds itself into the interior, enveloping the inner space as a border of the footbridge. 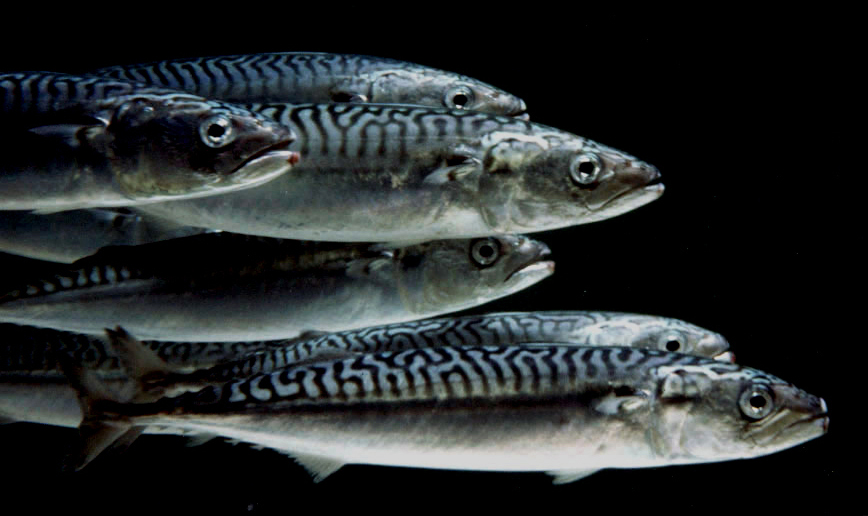 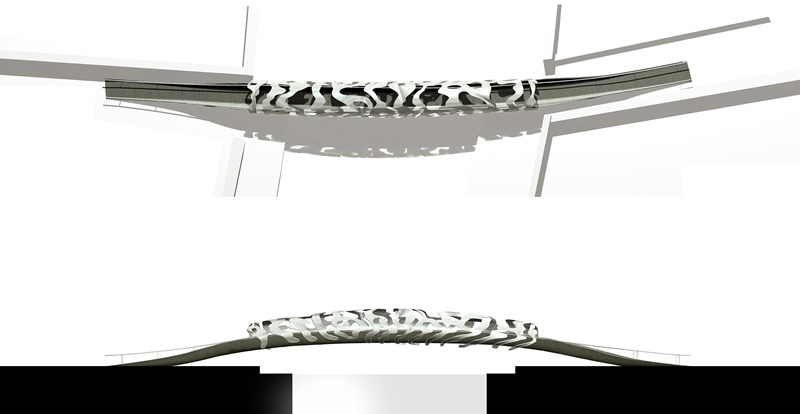 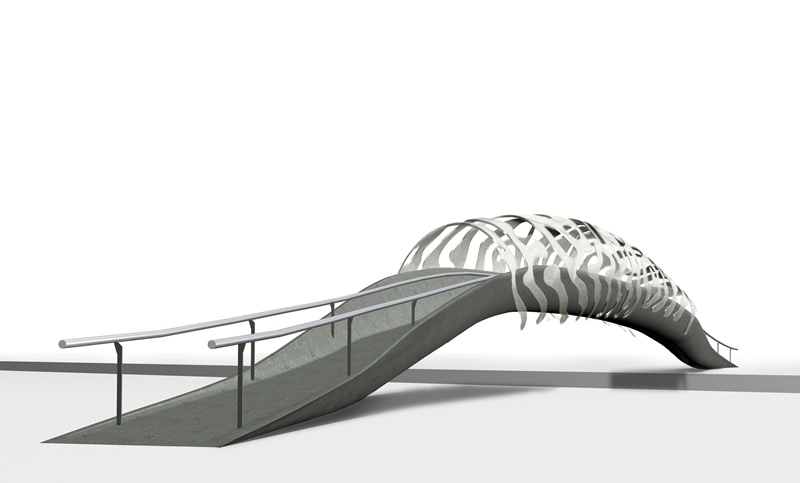 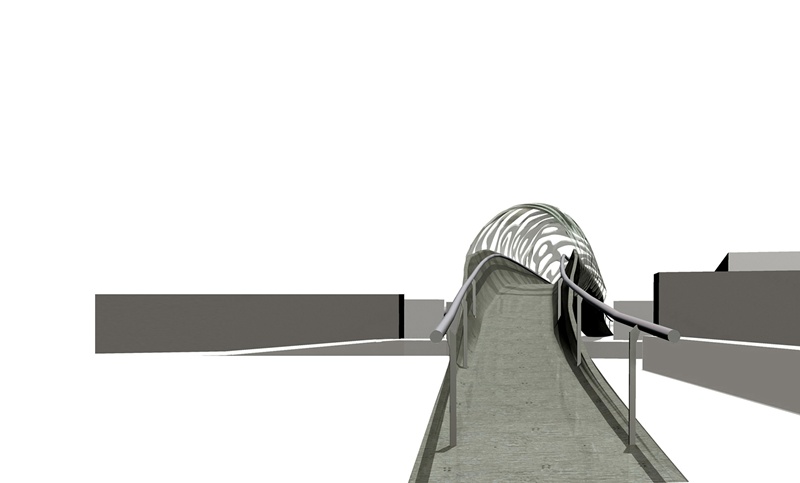 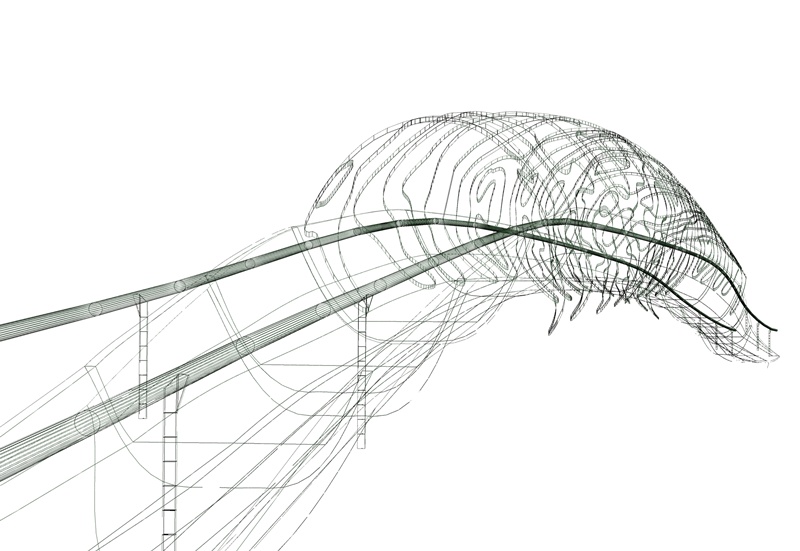 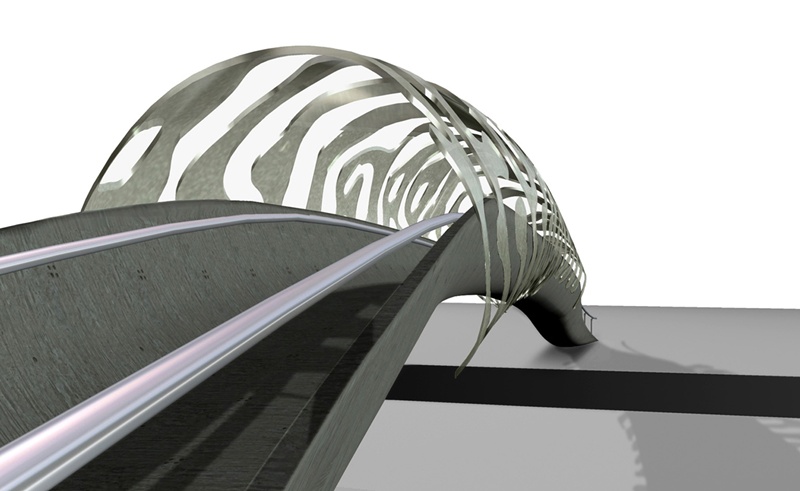 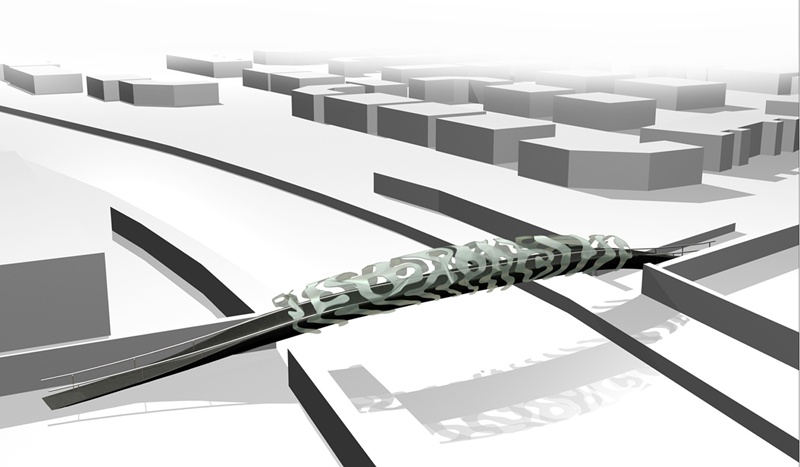 The second element, conformed by different reflecting flowing forms, works as a cladding structure, a skin made by stainless steel which envelopes the bridge containing the base. This curved elements bring the character to the space. The skin changes its colour according to the light that reflects from the canal, through the bridge, pedestrians pass under the structure that filters the natural light, throughout the day, the lighting of the space varies with different reflections and colours, drawing a pathway on the walk. During the night the plates of the skin are illuminated from the interior.

Project made within ex-studio by Ivan Juárez and Patricia Meneses
Collaboration: Quentin Vaulot