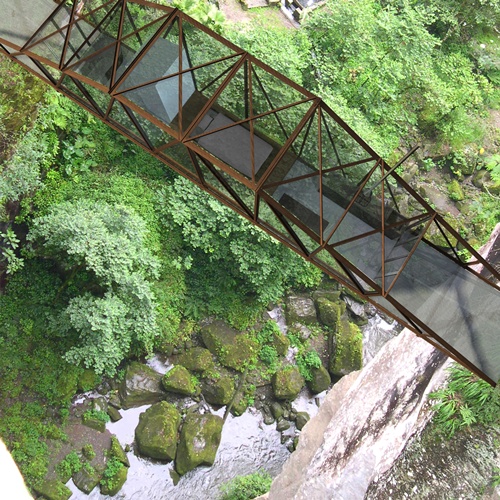 The waterfall of Texolo is located 3 km from the town of Xico in Veracruz, México. The waterfall crashes into a gorge alive with vivid greenery, songs of passing birds, the constant drum of water as it spills into the river below. From a bridge leading to the other side of the gorge, several paths yield stunning views of smaller waterfalls and dense vegetation. On the other side, two waterfalls are visible. The first one appears as soon as you step off the bridge. In a lower level, another waterfall plunges from the river below

A steel bridge, which crossed the river that receives the rushed water from a waterfall is surrounded with unique landscapes, today, with the construction of a parallel bridge the structure has fallen into disuse. The beautiful and exuberant surroundings
moved us to propose the reuse of the old structure that was left forgotten,
to house a new place for living in the middle of the vast greenery. The project proposed giving the bridge a new function, transforming it into a suspended living space. 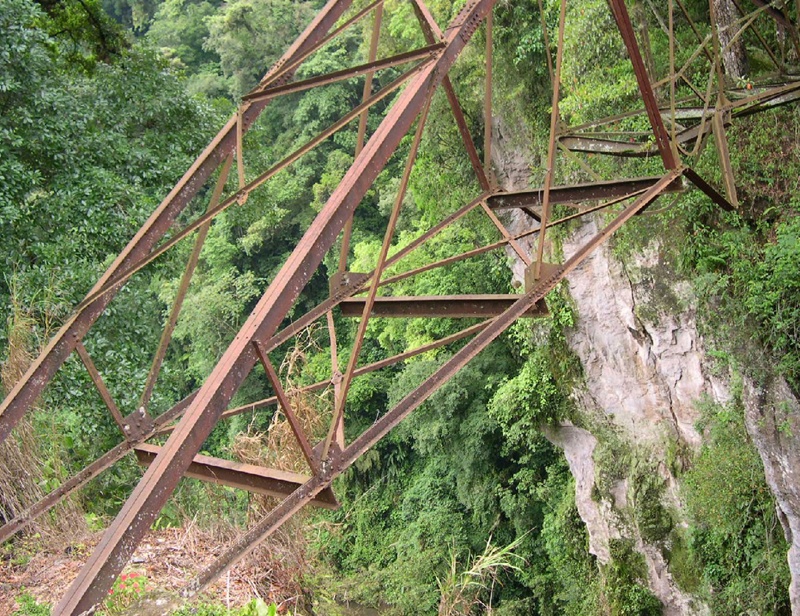 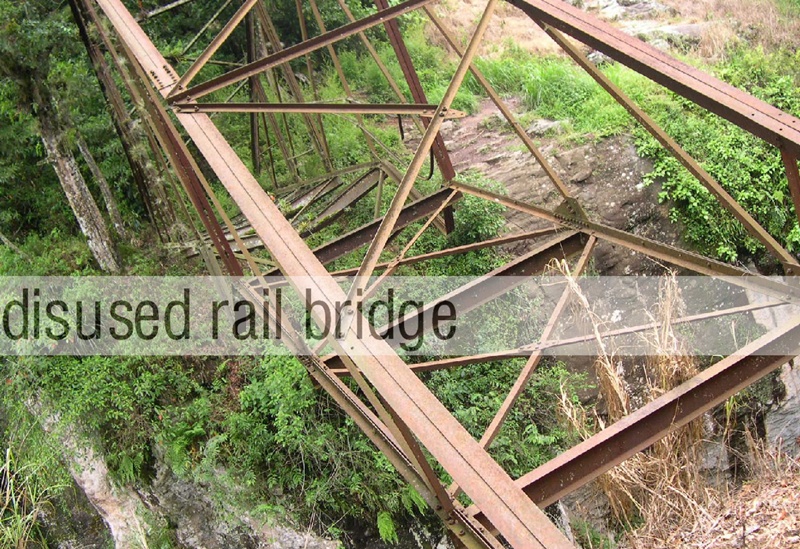 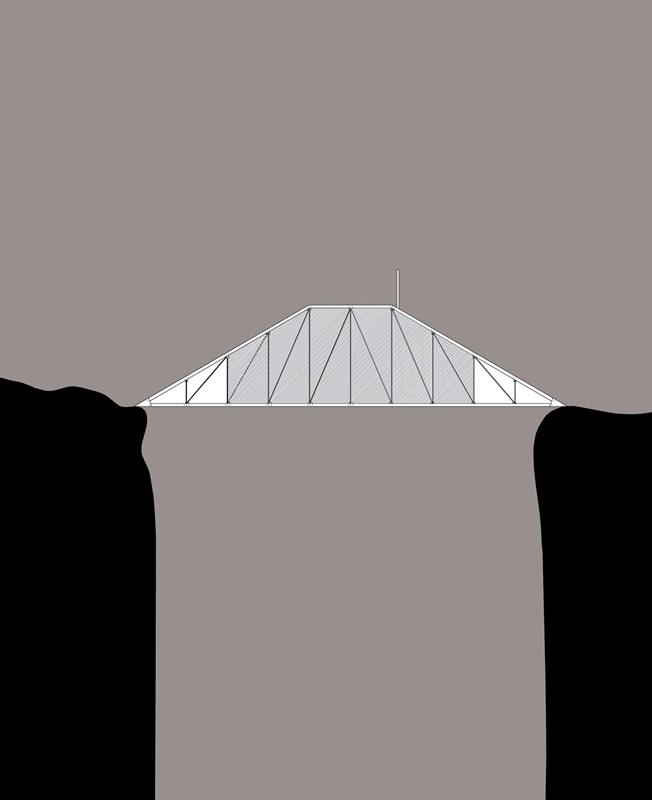 The project introduces a transparent space creating a visual relation between interior and exterior, where the exterior context is the main protagonist of the space. The interior of the project is an open space with different furniture pieces long side the space containing a luminous volume housing the bathroom. The exterior skin is a regulator glass that changes its transparence and transforms itself in direct relation with the natural light of the surrounding landscape.

Project made within ex-studio by Ivan Juárez and Patricia Meneses
Collaboration: Giovanni Acevedo