Curator Statement: “Still life genre in visual arts exists for more than five centuries. During these years many styles and media were changed. Started in Netherlandish paintings in the 16th century this genre spreaded all over the globe, became one of the main genres in fine art paintings, graphics, photography and mixed media. In most of Roman languages this genre is called “Dead Nature” (Nature Morte in French, Natura Morta in Italian, Naturaleza Muerta in Spanish, Natureza-morta in Portuguese). On the contrary German languages call it “Still Life” (Still Life in English, Stillleben in German, Stilleven in Dutch, Stilleben in Danish, Swedish and Norwegian). This opposite approach to the name of this genre (life or death) causes us to see still life artworks from different angles: as an image of something that once was alive and now is dead, or as something alive but immobile and motionless. In this exhibition artists who create in different fields of visual arts: photography, painting, drawing, collages and mixed techniques are participating in this discussion by creating images of objects that can be observed from different points of view as alive or dead ones.” 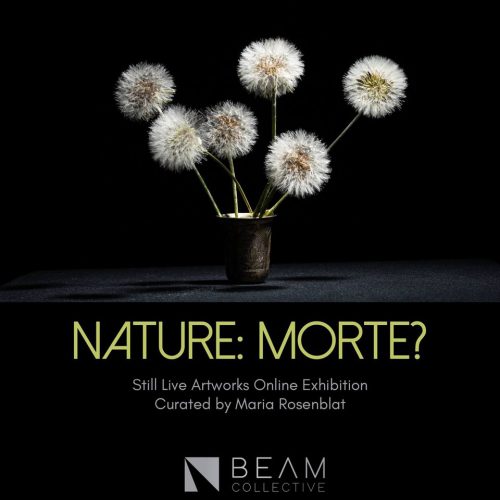